The 2022 Hudy Indoor Champs just concluded at Prolevel RC in St Louis, Mo.  The event attendance appear to be hit by a recent COVID upswing but that didn't hold back the high level racing action with international driver Alex Hagberg in attendance.  The Awesomatix team did excellent bringing home 5 of the 6 major class TQ & Wins: 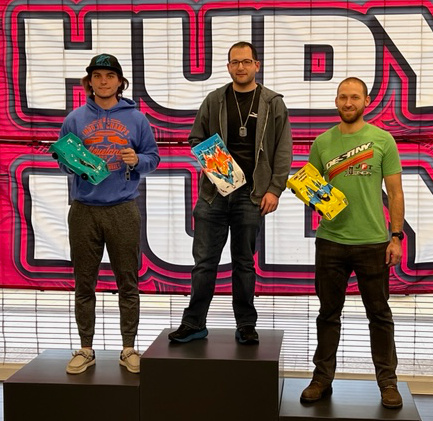 Qualifying in Mod 1/12th would be the battle between Awesomatix USA's Sam Isaacs and Alex Hagberg.  Alex would hold TQ for the first 3 rounds but in round 4 Sam would get everything right and put together the fastest run of the weekend.  Awesomatix USA's Kemp Anderson would qualify 3rd for the A-main.
In the main, Sam and Alex would break out into their own race until the 4m20s mark when Sam would tap allowing Alex by.  A lap later Alex tapped but unfortunately broke his car allowing Sam to take an easy win followed home by Kemp in 2nd and Troy Gubbins in 3rd.
A-main finishing order-

TQ was set by John Dickson [Awesomatix] in the first round.  Fellow Awesomatix driver Jeff Rowland would start 3rd in the A-main behind Drew Ellis.
In the A-main the top 3 would break out from the rest of the pack.  In the first minute Drew would push up on John looking for a way by but would then tap allowing Jeff to promote himself to 2nd.  John would keep only a gap of 1s between himself and Jeff while Drew would apply massive pressure to Jeff for the remainder of the race to finish in that order.
A-main finishing order- 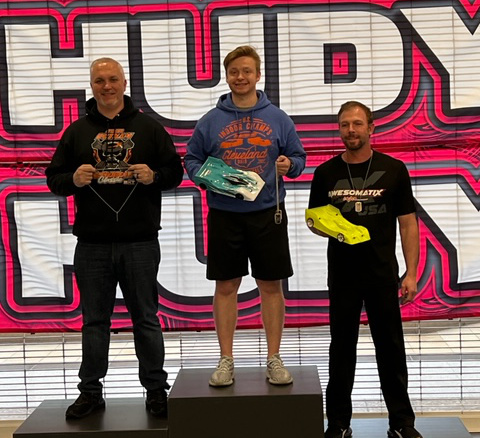 TQ for Super Stock 1/12th would be a battle between three Awesomatix drivers -- John Dickson, Joe Trandell and Eric Anderson.  Joe would take TQ away from John in Q3 but John and Eric would respond in Q4 to put down TQ resetting times.  Johnny Wiita would round out a top 4 qualifying sweep for Awesomatix with Shawn Rayfield and Fabio Evangelista starting 6th & 7th.
In the main the top two qualifiers would have an uneventful race.  Joe Trandell would fall down the field and battle his way back onto the podium.
A-main finishing order- 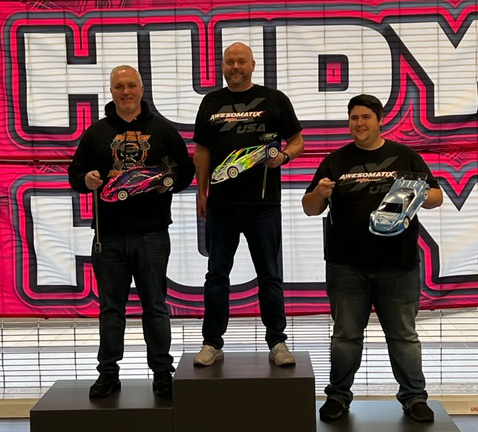 Stock TC had a great battle in qualifying again between three Awesomatix drivers -- Jeff Rowland, Brad Johnson and Eric Anderson.  Jeff took round 1, Eric round 2, Brad round 3 and Eric reset again in round 4.   Brent Klingforth would round out a top 4 qualifying sweep by Awesomatix.
On the first lap Jeff would have a rough start allowing Eric and Brad to break out into a two man battle.  Eric would lead until the last lap when Brad would put a pass off of the straightaway into the infield to take the lead.  Brad would hang on for the win with Eric finishing 2nd and Jeff 3rd.
A-main finishing order-

Qualifying in stock 1/12th is always close with the top 7 being separated by less than 1 lap and the top 5 within just a 4.5 second spread.  At the end Fabio Evagelista in an Awesomatix took TQ.  Awesomatix USA drivers Shawn Rayfield, Joe Trandell and Kevin Van Ert would qualify 3-5th.
In the A-main the top 4 qualifiers Fabio, Cody, Shawn and Joe broke away from the pack.  Fabio was under pressure from Cody until he tapped out and then he could just cruise to the win.  Honorable mention to Awesomatix USA driver Kevin Van Ert for his fast lap and top 5 finishing in the 6th spot.
A-main finishing order-

To Drew Ellis & Prolevel RC for putting on the event.  Big thanks to all of the racers and Awesomatix drivers who braved COVID to come out and enjoy the hobby that we all love. 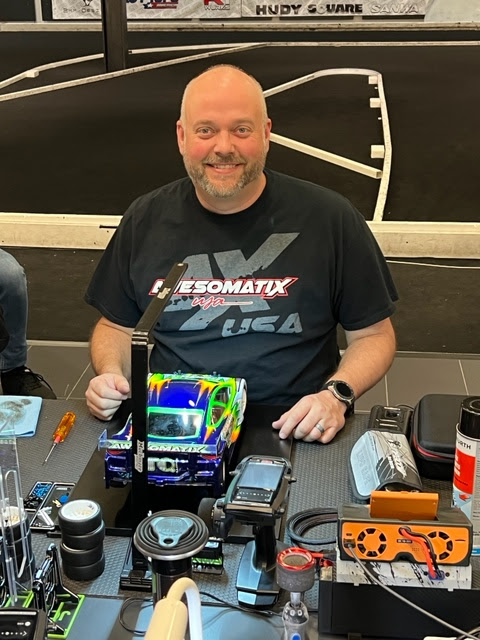 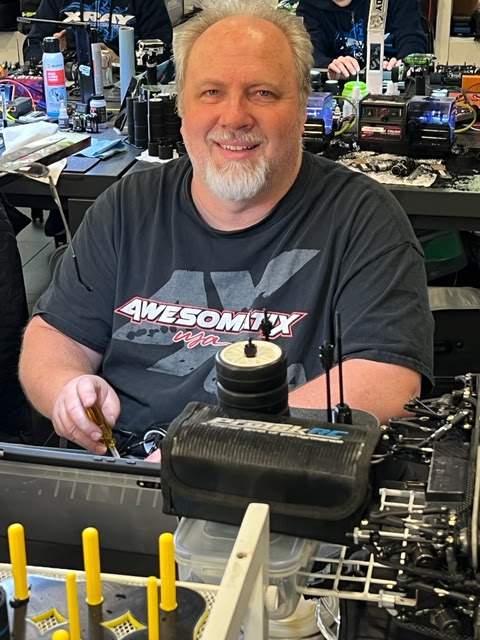 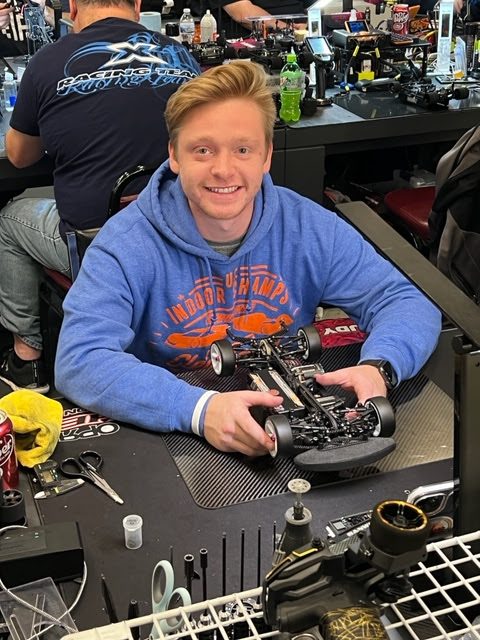 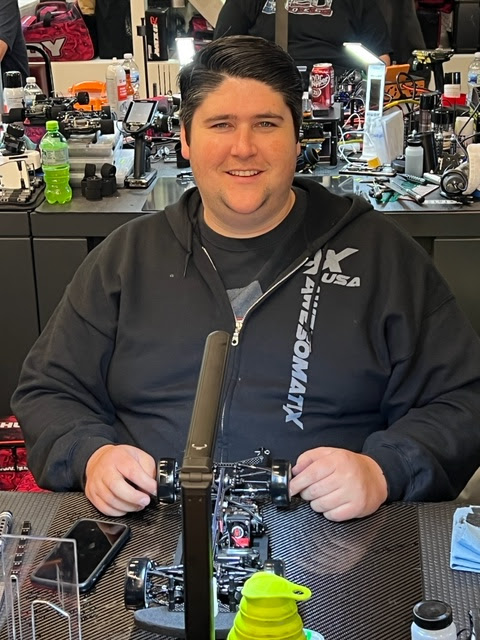 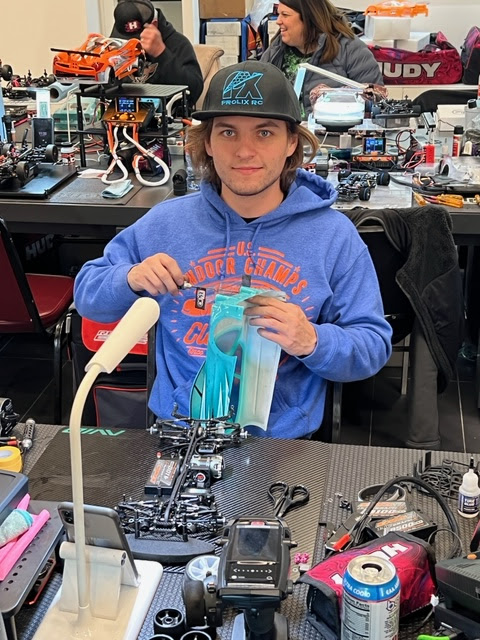 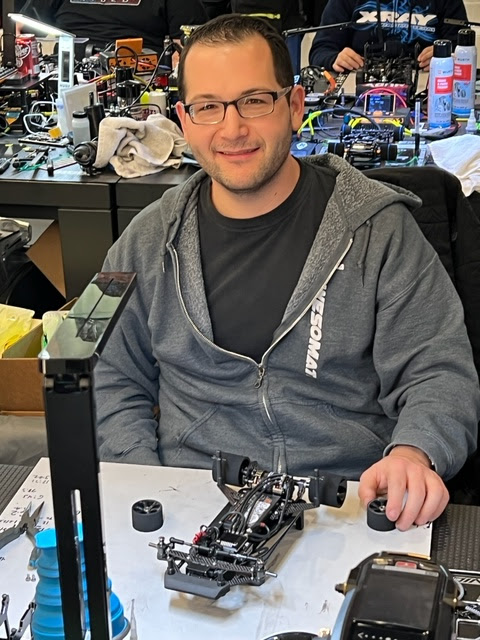 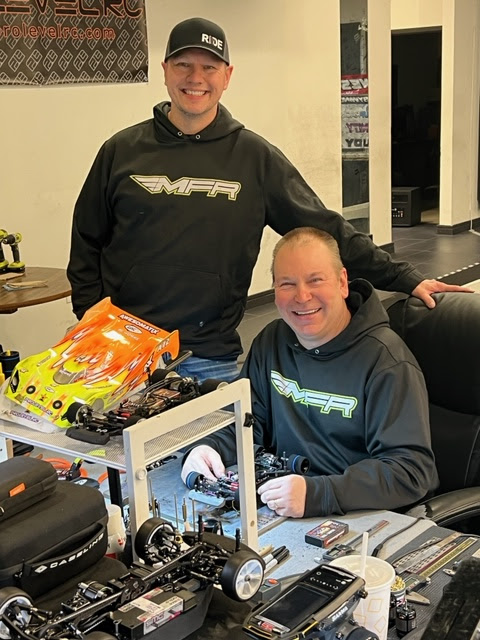 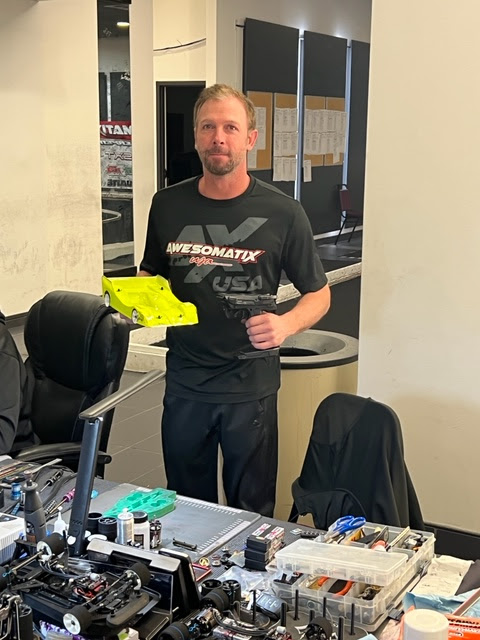 Posted by Awesomatix USA at 1:02 PM