This past weekend NORCAR R/C Racing at The Gate hosted their 21st edition of the Halloween Classic sponsored by AwesomatixUSA.  This year proved to be the largest Halloween Classic ever with IIC not happening this year.  The race event sold out in just 90 minutes!  AwesomatixUSA has won 17.5 Touring for the past two years (Hoffmeister, Hanulec) and 13.5 Touring last year (Hanulec) so there was clearly a lot of pressure to keep the title in the family.  Thankfully after three action packed days, Kyle Klingforth, who was robbed of the 17.5 Touring win in 2014 came back to survive the infamous failnados, and #eastcoastgrip to take two titles for the team. 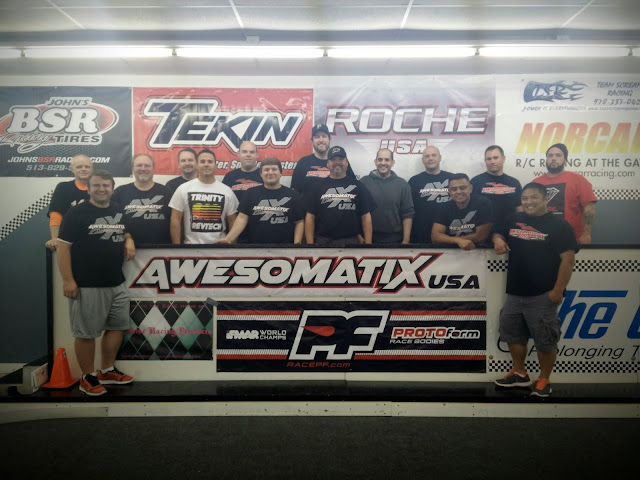 In the largest class, 17.5 Touring, Awesomatix USA would put six drivers in the main but wasn't able to secure TQ.  Team XRay's Sam Issacs take TQ in round 1 and re-set TQ in round 3.  The super tight competition, combined with bad luck would cost Awesomatix drivers Kyle Klingforth, Brad Johnson and Larry Fairtrace all TQ runs.  At the start of the main, a mini failnado would cost Brad, Larry and Bill Sydor any hope of a win.  Out of the carnage, Sam lead Kyle for the first few laps with Team XRay's Eric Anderson in 3rd.  Early on Kyle and Eric would swap places once, and then give them back the lap later.  On the 25th lap Sam would tap out allowing the hard charging Kyle to take over the lead.  The rest of the podium would be decided with just four laps to go when Eric fell victim of "XRay on XRay crime" after a body tuck from team mate Dan Hamann allowed last year's winner, Michael Hanulec to promote himself into 3rd after starting 9th. 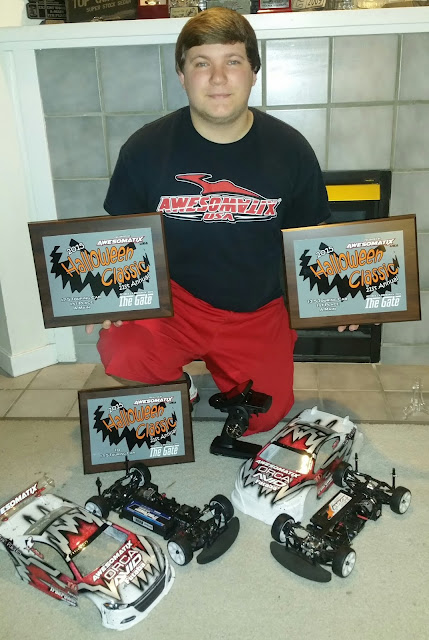 17.5 TC Finishing Order:
1. Kyle Klingforth [Awesomatix]
2. Sam Issacs
3. Michael Hanulec [Awesomatix]
4. Manny Flores [Awesomatix]
5. Dan Hamann
6. Brad Johnson [Awesomatix]
7. Eric Anderson
8. Mike Wise
9. Larry Fairtrace [Awesomatix]
10. Bill Sydor [Awesomatix]
In 13.5 Touring, Kyle Klingforth would take the TQ in the 4th round over Sam Issacs and Brad Johnson.  The TOP 3 were separated by less than 0.8s so we knew the battle for the win would be exciting.  All in all, Awesomatix's four team drivers who entered 13.5 TC would made the main.  During the A-main traffic would rob Brad Johnson of a chance at the win while lapping the mixed speed field.  The battle for the lead would continue with Sam applying extreme pressure on Kyle throughout the run.  Their battle would be nearly ruined by lap traffic during the mid way point, but Sam graciously let Kyle back into the lead so they could continue their battle.  After 6 long minutes Kyle won with Sam less than 2 seconds behind. 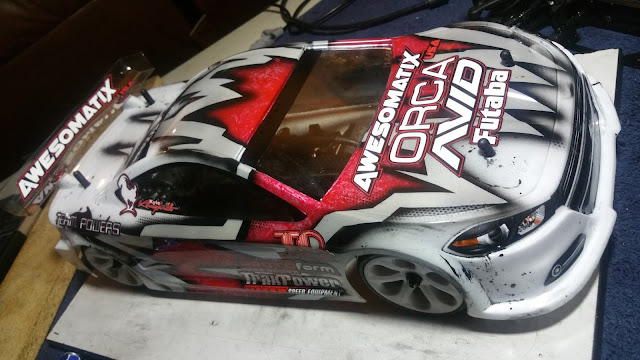 Finally in Modified Touring, both Josh Cyrul and Kyle Klingforth would qualify for the A-main.  Modified Touring proved to be the second most popular class over 13.5 TC this year.  In the main, Kyle's luck would end on lap 1 but Josh would charge from 10th on the grid up to 4th until an altercation with lap traffic cause him to need to get marshaled and fall down the order.  Hopefully next year we'll see a lot more Awesomatix in the modified class fielding our new A800 Touring Car. 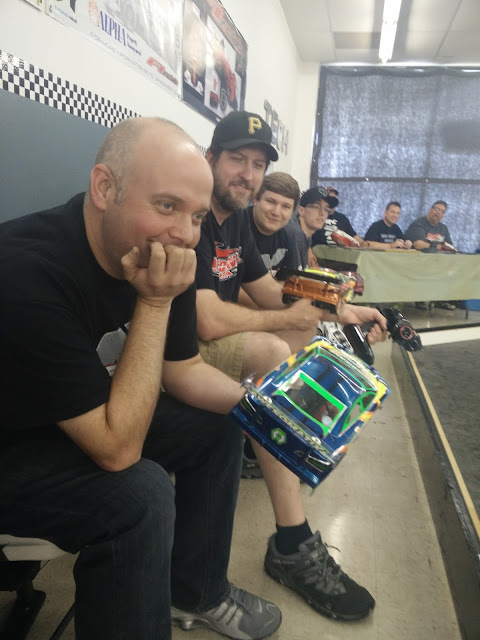 Win or lose - the team showed great pace, and tremendous support of their team mates and customers.  This year was the first for AwesomatixUSA to sponsor the Halloween Classic -- but it certainly be the last! 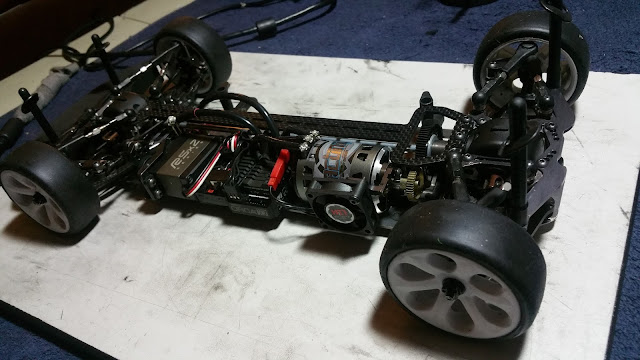 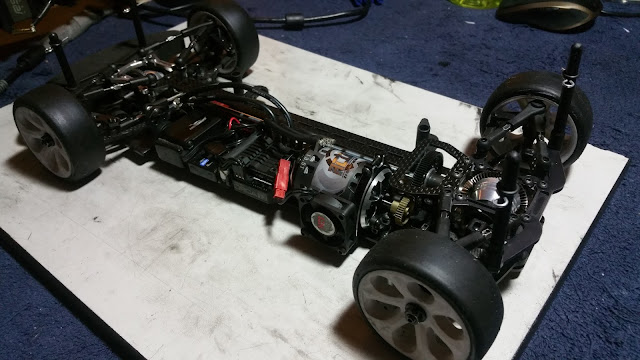