The Halloween Classic @ Norcar at The Gate is a yearly race held in Cleveland, Ohio. This race has some of the tightest competition of the year -- so much so that this year's event sold out 2 months early! Team Awesomatix USA was well represented in all touring car classes.  Big thanks goes out to all of our team drivers and customers for representing the brand so well!

In the highly competitive 17.5T TC class, the Awesomatix A700L USA Spec took 5 of 10 qualifying spots including TQ'ing each of the 4 rounds of qualifying, and sweeping the top 3 positions in both qualifications and the A-main.  For the first three rounds Larry Fairtrace set and re-set TQ each round.  In the final round of qualifying Awesomatix drivers Larry Fairtrace, Mike Gee and Karl Hoffmeister were all battling for TQ against the competition.  At the end Karl took the TQ by 0.7 seconds over Larry and then Mike.  In the A-main, Karl, Larry and Mike all successfully got away from the pack and ran away into the distance allowing everyone else to battle for 4th.  Karl took home the win by 0.2 seconds from Mike with Larry 2 seconds behind in 3rd.  Mike Hanulec finished 6th, and Danny Jenkins 9th rounding out the rest of the Awesomatix drivers in the show. 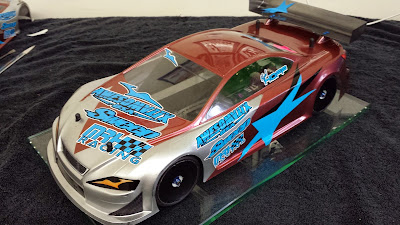 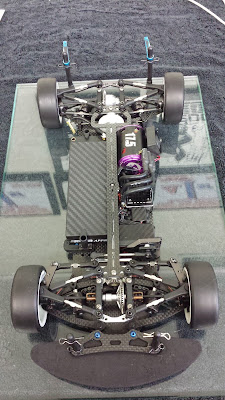 Within the USVTA Class, John Choi TQ'd with his Awesomatix A700L USA Spec. John had a rough start, but recovered to finish 2nd while setting the fastest lap by 0.1s over the winner Myron Kinnard.

Just a heads up to everyone out there (in case you missed the data on the calendar).  We are going on vacation -- heading to Las Vegas for a little pre-IIC fun and games.  Awesomatix USA will be shipping orders received until 10pm eastern Wednesday, October 2nd.  After this time new orders will be accepted online --- but these orders will not ship until Tuesday, October 15th.  If anyone needs parts between now and then you'll have to

Posted by Awesomatix USA at 6:17 PM