Team Awesomatix EU and Awesomatix USA both arrived to test ourselves at the 2014 IFMAR Pre Worlds Warm Up at Full Throttle Raceway in Kissimmee, Florida from April 4-6 2014.  In attendance was Freddy Sudhoff, Josh Cyrul, Michael Hanulec and Mark Burt.  Although the primary class getting everyone focus was the Modified TC class, there was also a 17.5 TC class to help bring in the locals. 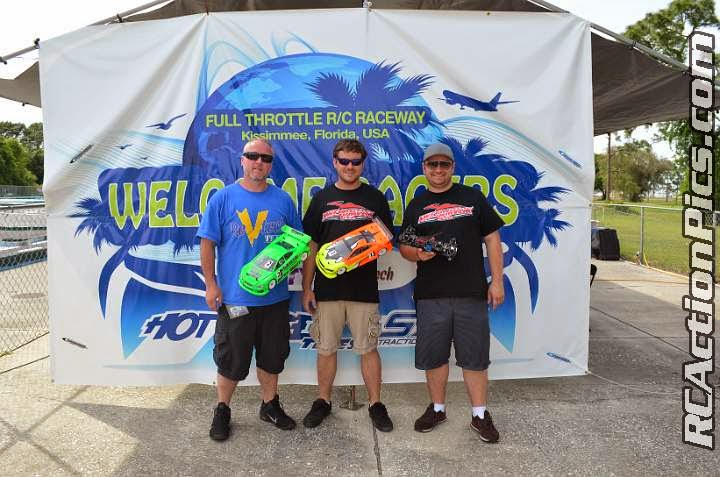 By the end of the weekend our Awesomatix A700 Evo touring cars would be lapping as fast, or faster than the winners of the Modified A-main -- and win the 17.5 TC Class! 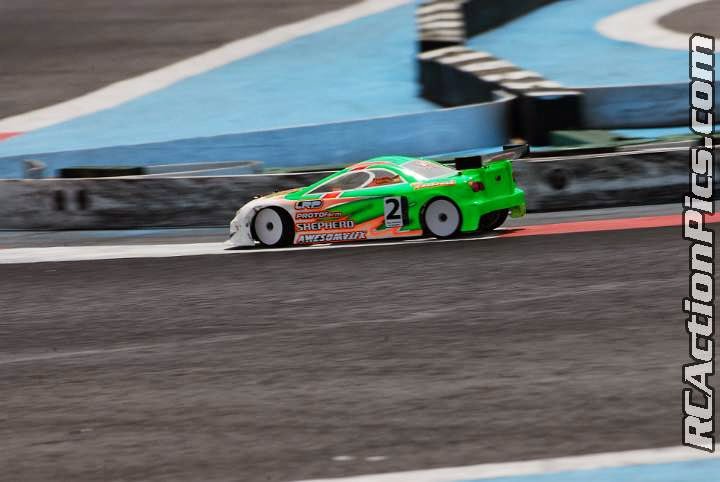 The large straightaway at Full Throttle Raceway brought its own set of challenges ranging cars too slow down the straight, to cars so fast they blew part the specified rubber race tire.  The racing line, driving onto the painted areas, also threw a lot of races for a loop -- especially if you run a Red/White body like some people we know (Hanulec). 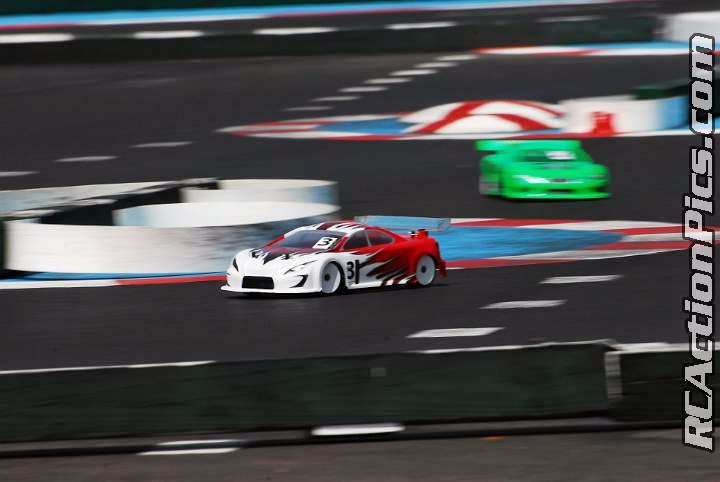 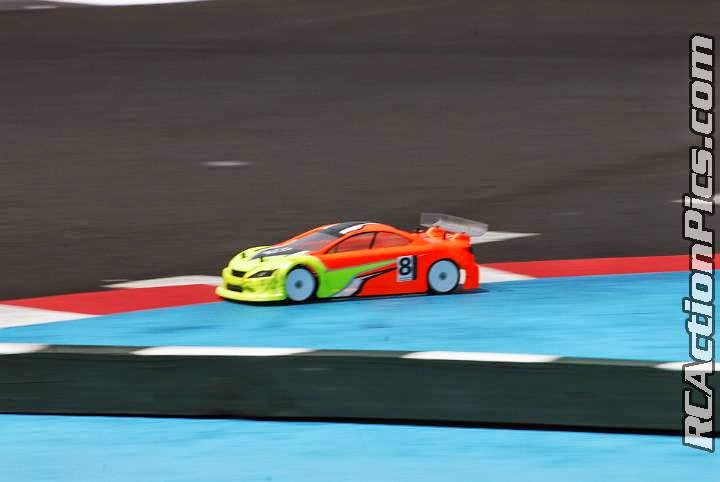 In the 17.5 TC class, Mark Burt would TQ the class, with Michael Hanulec qualifying 3rd and Shane Williams qualifying 8th. 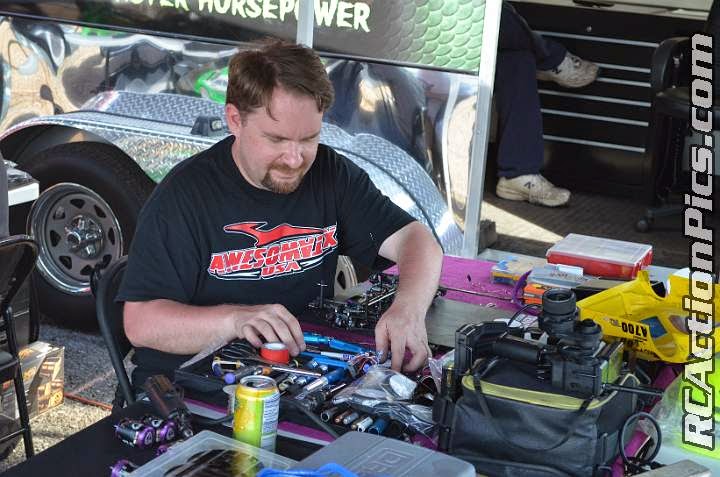 Across the board - all of the Awesomatix runners performed their personal fastest runs within the mains.

Freddy's first two mains went off without any issue.  He raced Hara (Yokomo) noise to tail until the tone.  If you analyze the times between the A-main and B-mains you'll see- 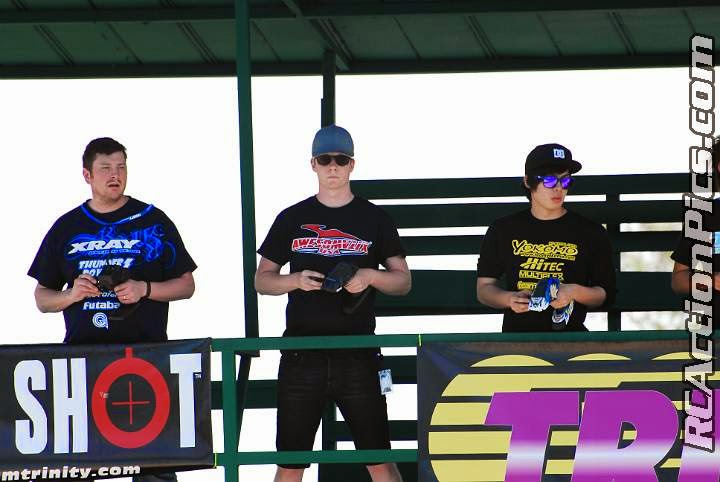 Mark Burt's runs were consistent throughout the C-mains.  His best run, C2, yielded a 3rd overall.  Mark shaved 2 seconds from his prior best total time! 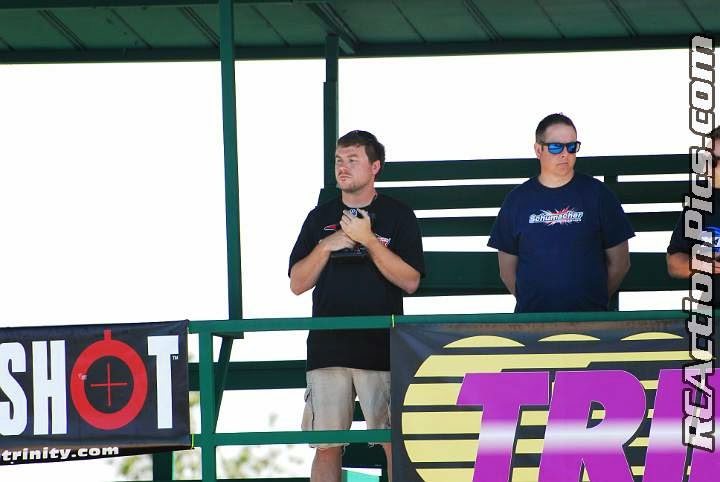 Josh has two 2nd place finishes in D2 and D3.  His car's pace in D1 and D2 could of yielded slightly faster overall runs if it wasn't for the exciting battles within these mains.  Josh shaved 4 seconds off his total time, and moved into the 21 lap club! 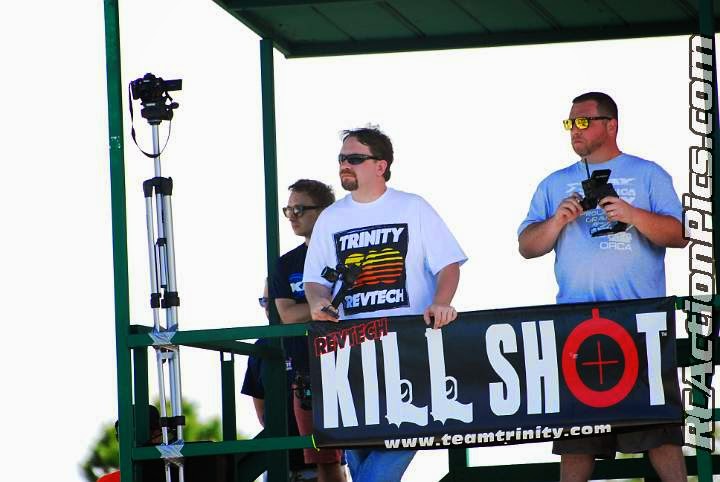 After losing a bunch of time chasing electrical gremlins, Mike had the greatest overall time improvement within his mains by shaving 10 seconds off his prior best run.  E3 would have yielded his best overall result but he broke out at the end of the race while in 3rd and racing with 1st and 2nd.   As you can see - Masami was very impressed! 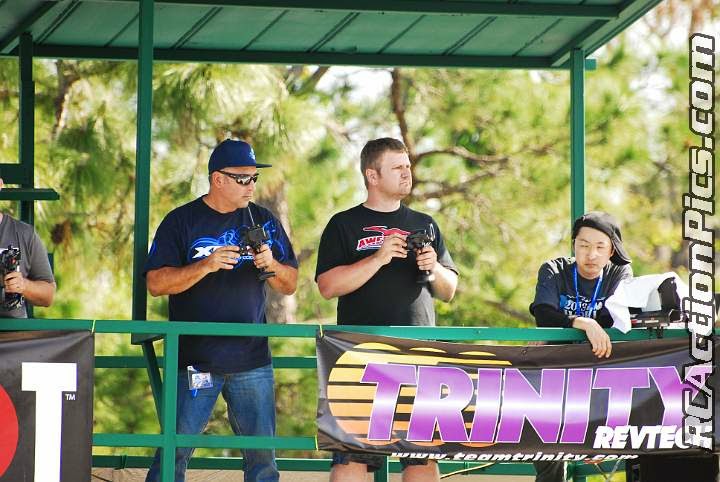 After a rough A1, Awesomatix USA's Mark Burt took the win in A2 and A3.  The big straightaways and allowing the D3.5 motor definitely made its impact on the top results.  Michael Hanulec was the highest finisher not running a D3.5-based motor. 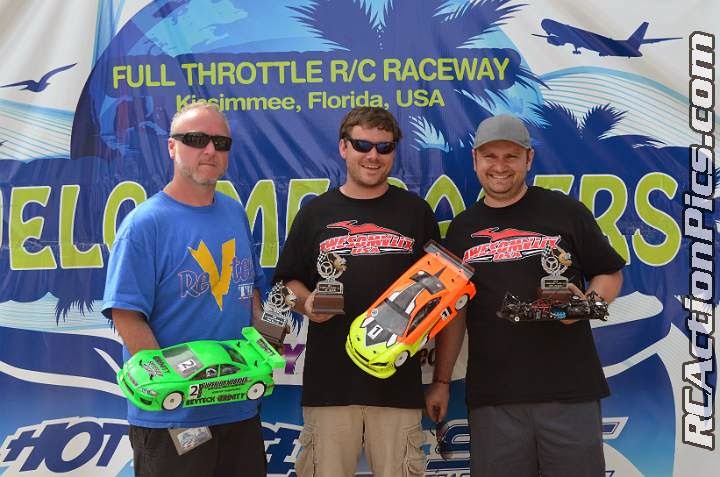 After a long week -- we learned a lot, and had some fun.  Cannot wait until October to return for the Worlds.

Big thanks to George, and the rest of the race team for running a smooth event! 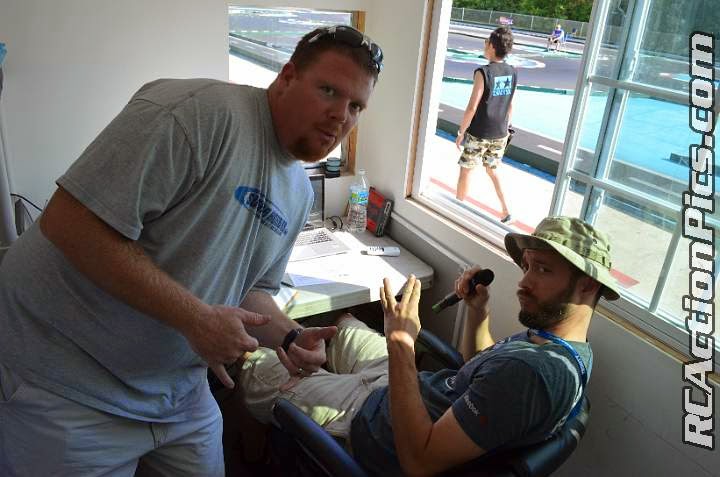 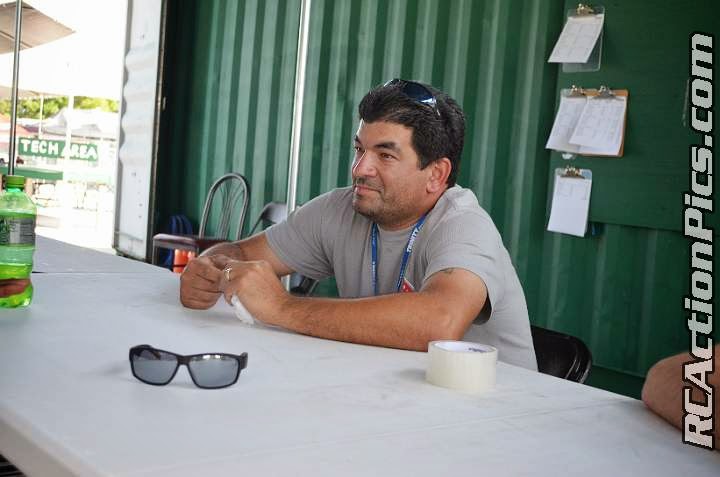 Big thanks to RC Action Pics for the great shots all weekend.