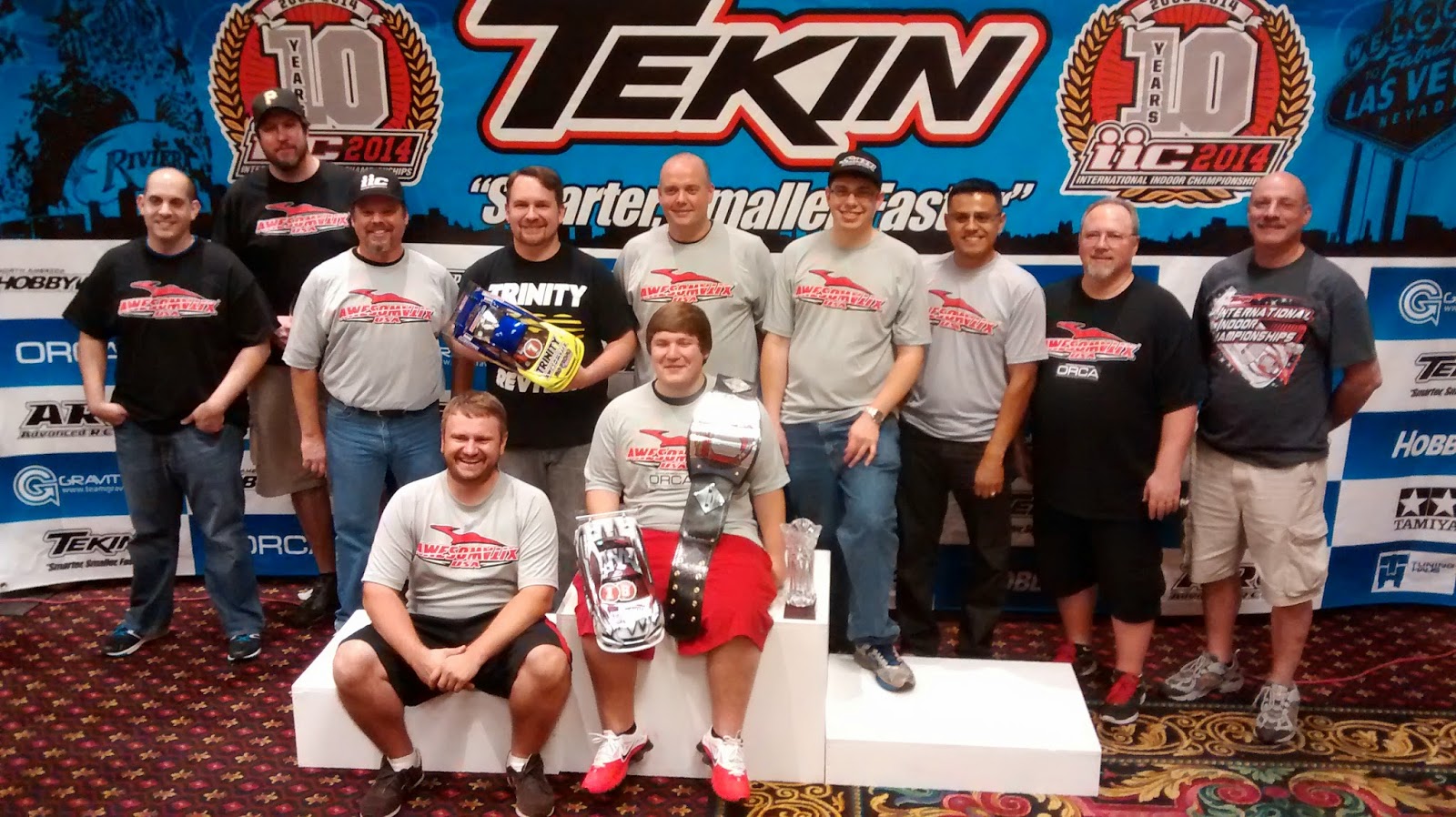 Finally, in Modified Touring, Josh Cyrul qualified 7th but his run would end early after an accident.

Overall the team and loyal customers worked really well together to dial their cars in for the super high grip surface.  Big thanks to everyone for their efforts. 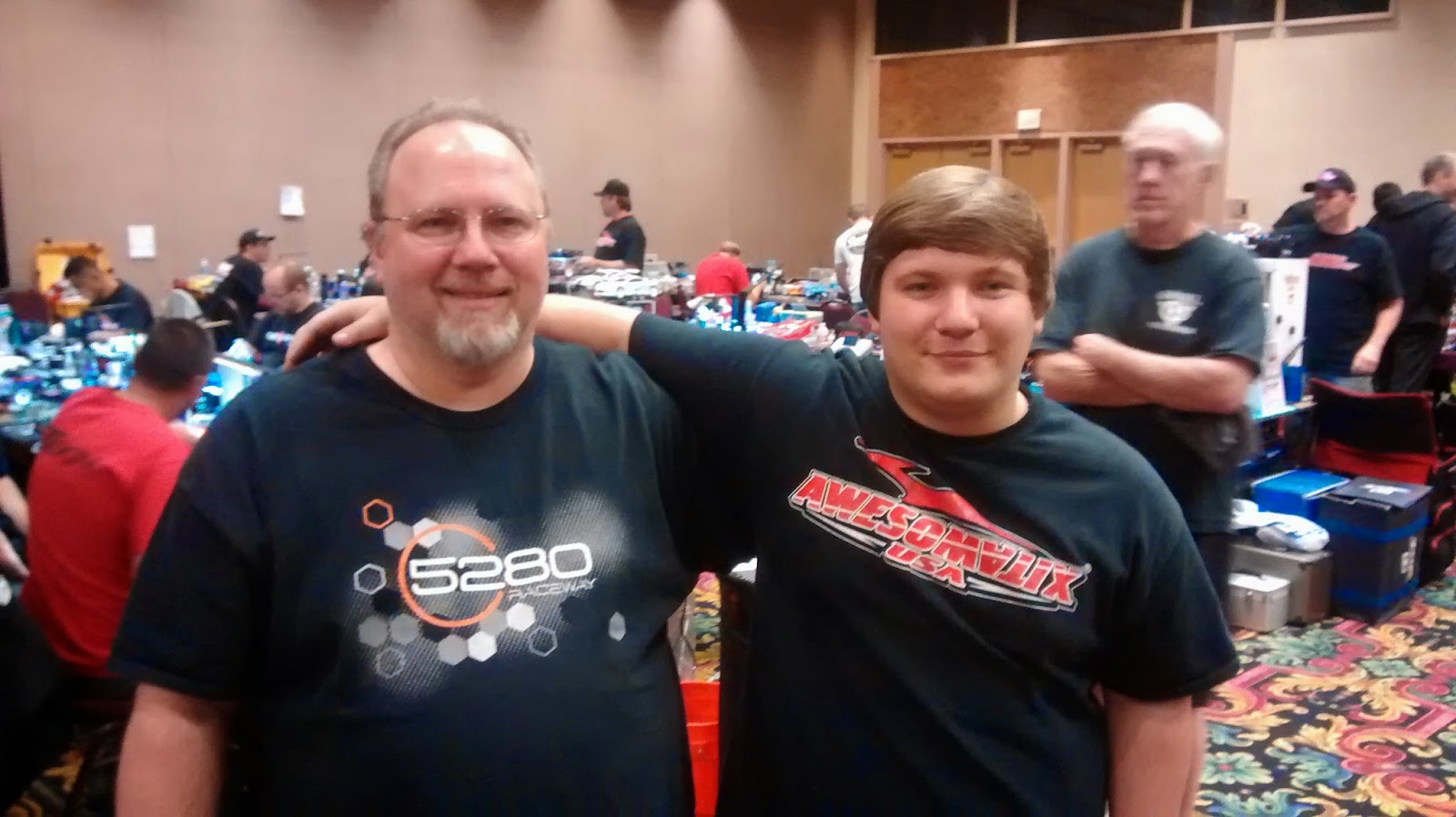 The USA and European Awesomatix teams just finished competing at the IFMAR ISTC Words at Full Throttle Raceway in Kissimmee, Florida.  The team learned a lot through the four days of competition, was able to test new parts, and share in a bunch of jokes.  It was great to meet Viljami, Miko and Voitech --- and of course to see our now old friend, Freddy.

Posted by Awesomatix USA at 8:34 AM

A year ago the Awesomatix USA Caster Doodle was born in the days leading up to the International Indoor Champs (IIC) in Las Vegas, NV.  The Caster Doodle mounts on top of your steering block (am06, am06s, or am06m) and when combined with traditional setup tools, allows you to fine tune the caster angle at every corner of your car.

Caster Doodles come in a set of two.  Don't leave home without them!

Please make sure to stop by the Awesomatix USA booth in Tuesday Night's Manufacture Show Case at the 2014 International Indoor Championships and say hi. 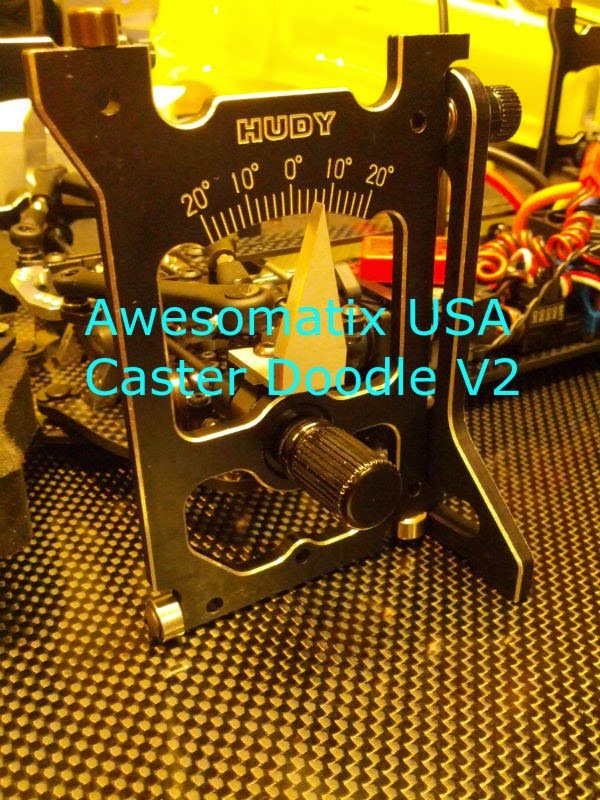 Alloy Arms (c04al) have arrived along with huge parts re-order

The new alloy arms (c04al) are now available.  Back orders are being shipped tomorrow, and the remaining parts are available now for purchase.  The picture below shows the black anodized alloy arm on the right hand size. 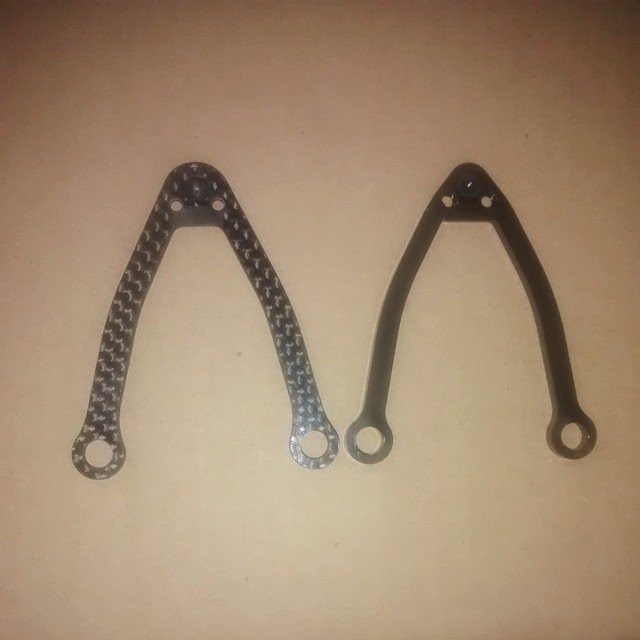 Finally, the majority of replacement parts and hop-ups are now back in stock.  One last order will be placed prior to Worlds and IIC --- so if there is something you cannot find please contacts us.
Posted by Awesomatix USA at 1:20 AM