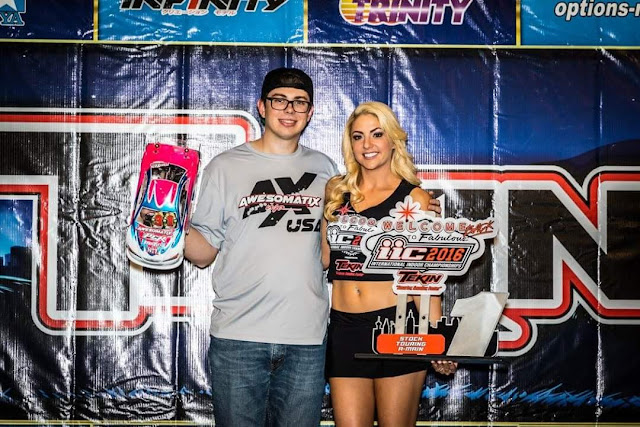 After a 1 year absence as the Riviera was torn down, drivers from around the world were excited for the return of the International Indoor Championships at the Westgate. Scotty Ernst and crew put together one of the nicest tracks the US has seen 120'x60' in size, complete with real curbs that proved to be a hit. The CRC black carpet initially provided lower grip than expected, but with some teamwork and setup changes, everyone in the Awesomatix camp was looking fast for qualifying. 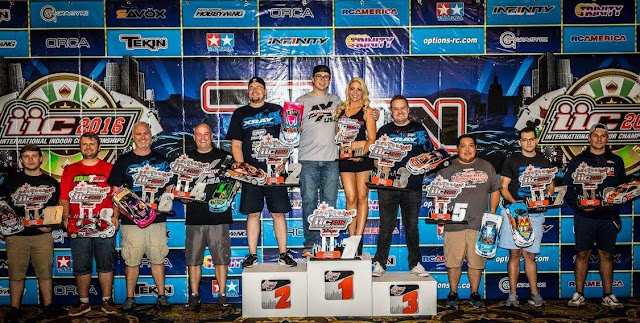 17.5 TC was the biggest class of the event, fielding 70 entries. After 4 rounds of qualifying, Awesomatix team driver Mike Gee would be TQ, with the XRays of Eric Anderson and Jan Ratheisky second and third.  Awesomatix would have 5 cars make the show, with Sam Isaacs, Brad Johnson, Kyle Klingforth, and Mike Hanulec bumping in from the B. In the final, Mike Gee would run away from the field at the tone, amassing over a 6 second lead by the end.  Jan and Jimmy Maddison would round out the podium. 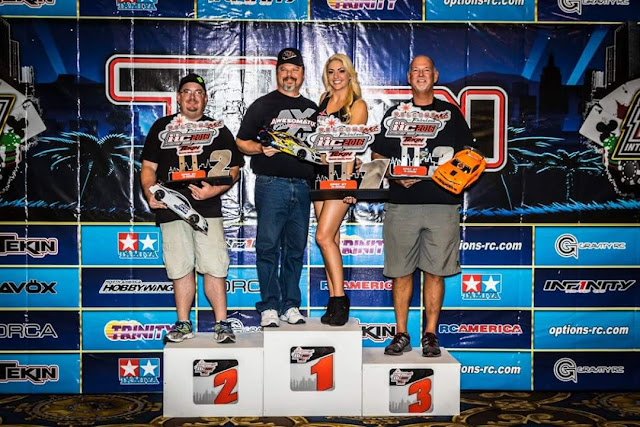 The Spec GT class would prove to have super close racing all week, thanks to having handout motor and speed control, as well as a FDR limit. In qualifying, Rod Canare would take the TQ spot, with Devin Patterson starting 2nd and the Awesomatix of Bill Sydor starting 3rd. In the main, a tap from Canare on the first lap would put him back in the pack, moving Patterson and Sydor to the top. Sydor would follow in Patterson's shadow for a few laps, and on lap 8 Patterson made a small mistake on the curbing, allowing just enough space for Sydor to go through, giving him the lead which he would not relinquish. 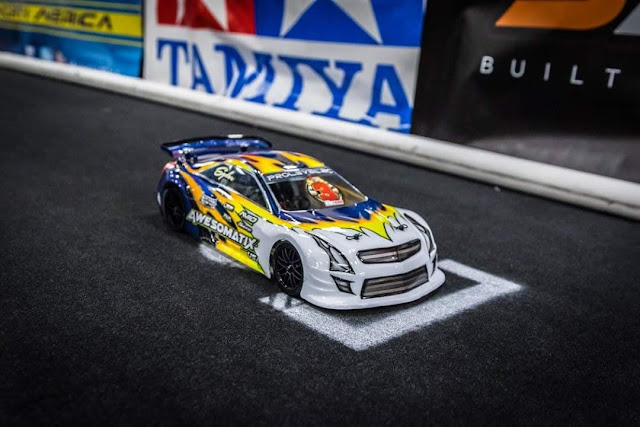 In 13.5 TC, it would be Jan Ratheisky setting the TQ pace, with the Associated of Keven Hebert starting P2, and Mike Gee P3. Awesomatix would put 4 cars in the A main with Gee, Sam, Brad and Kyle, the most of any brand in the 13.5 main. In the final, and early mistake from Hebert would promote Gee and Sam to P2 and P3. After a few minutes, Gee would turn up the heat on Ratheisky, but a late bobble would give Jan enough cushion to take the win, with Gee and Sam filling the podium 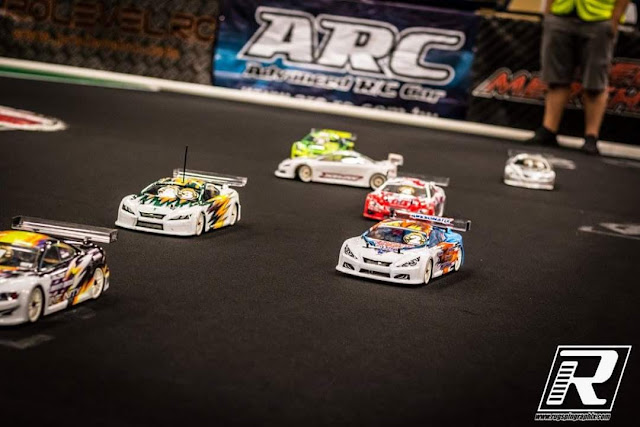 Mod TC had a strong field of 50 drivers, including 6 current and former world champions, so everyone's work was cut out. Bruno Coelho would TQ and go on to win in convincing fashion, but for Awesomatix Sam Isaacs would finish 4th in the B, the highest placed US driver at the event. Not bad for Sam's first big mod race on carpet! Korey Harbke would also make the mod B main, finishing 7th. 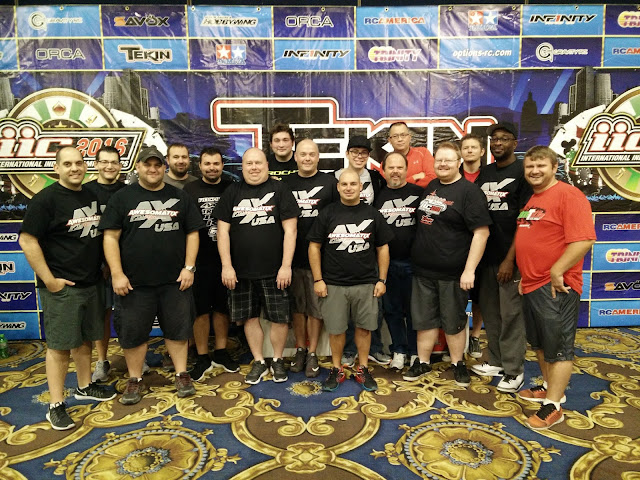 Finally, big thanks to the entire crew of drivers and customers, many of which recently switched to Awesomatix in 2016 for helping make our largest turn out of competitors yet!  So many dudes, we couldn't coral them into a single picture at the same time!?! 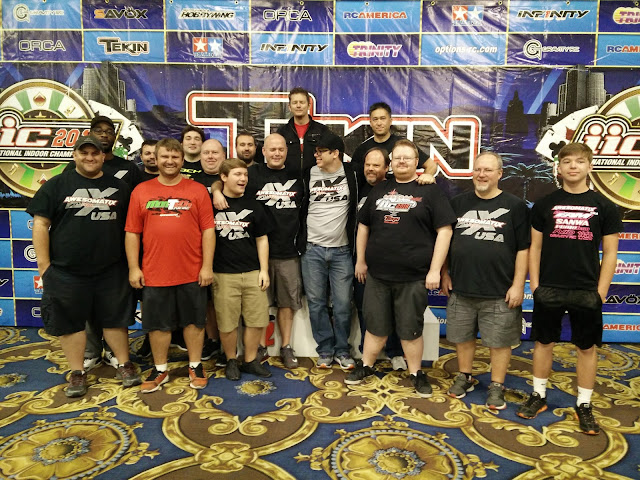 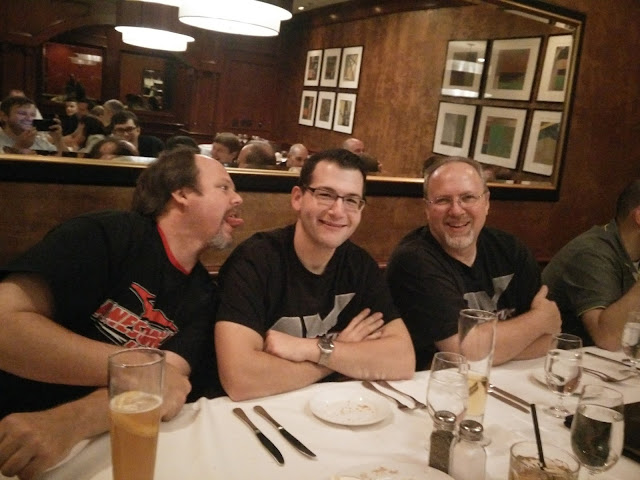 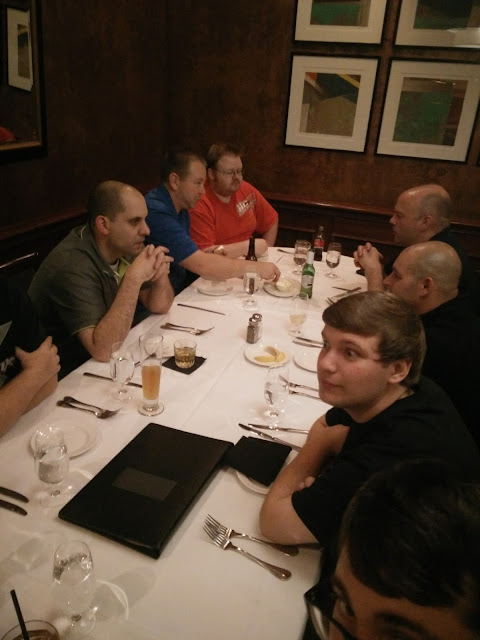 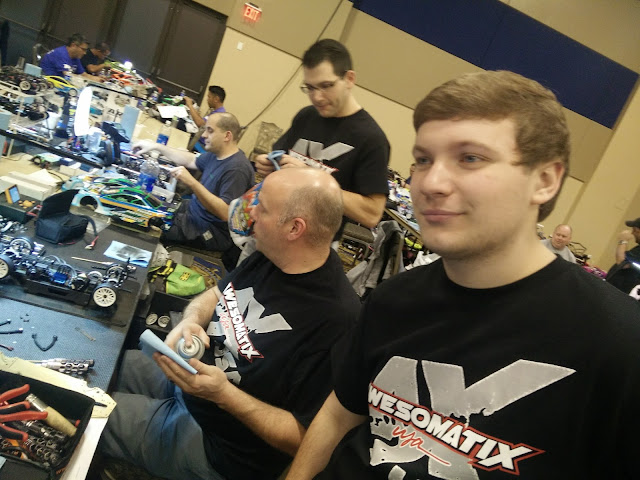 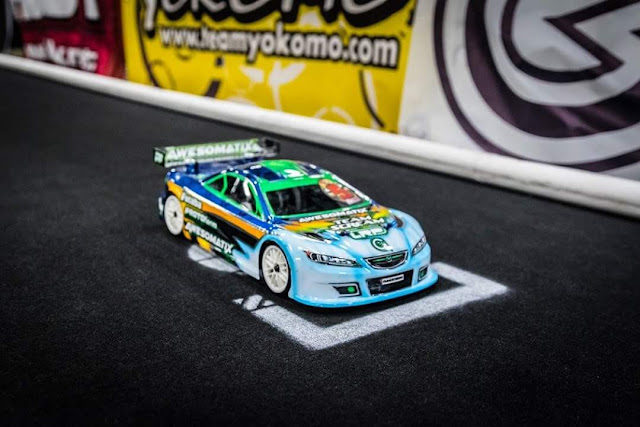 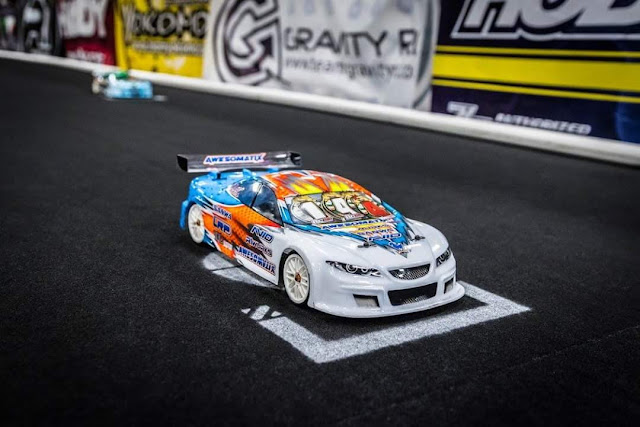 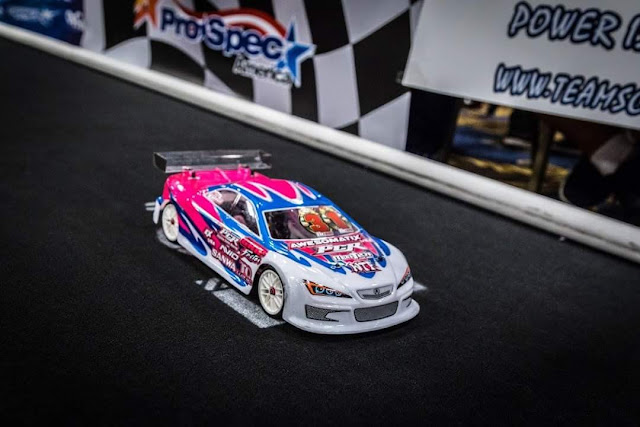 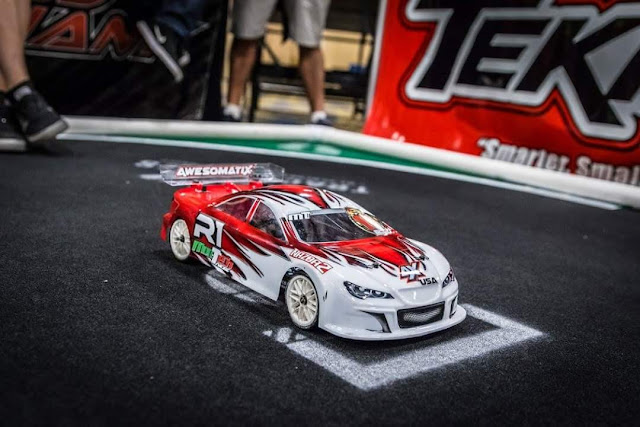 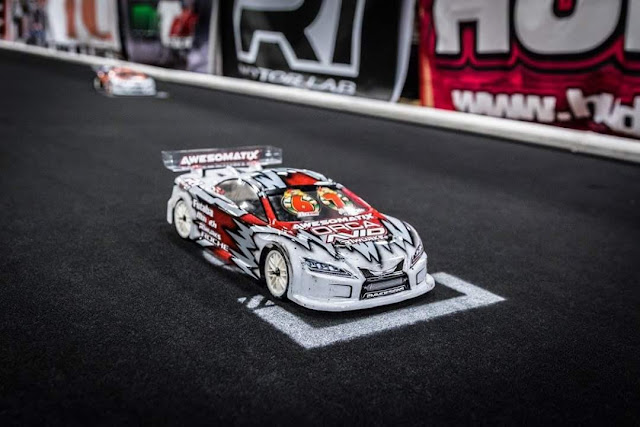 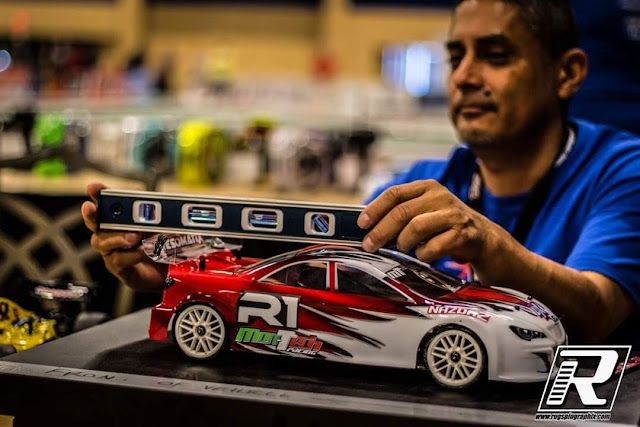 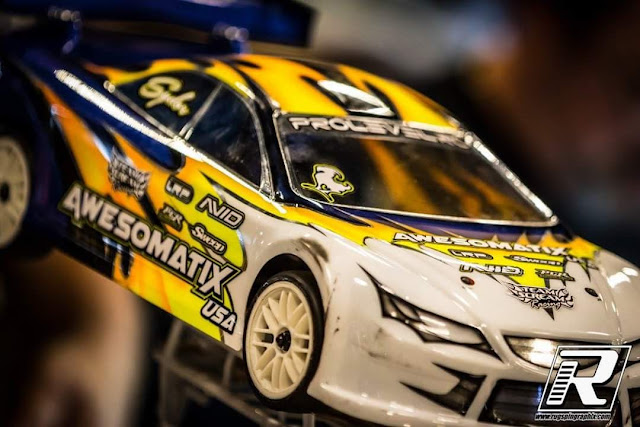 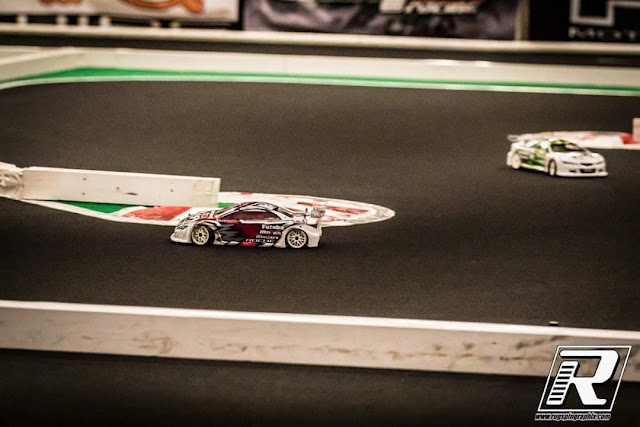 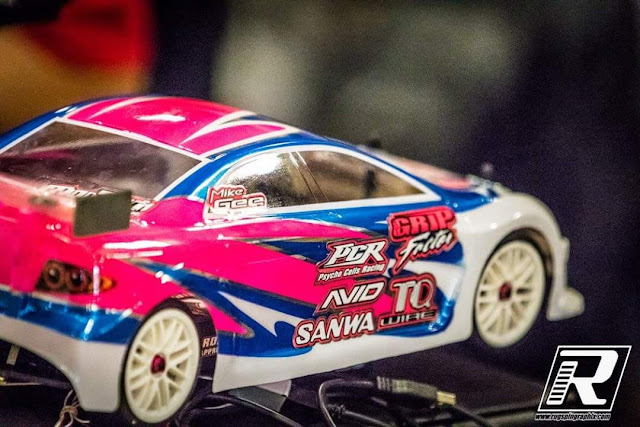