The 2019 Snowbird Nationals are in the books and it was an incredible event.  Team Awesomatix had strong showings in all touring car classes -- even if we didn't win them all.  The largest team at the event worked together to come to terms with the ever changing grip levels and when it was all said and done we TQ + Won three classes and were in contention in the remaining two. 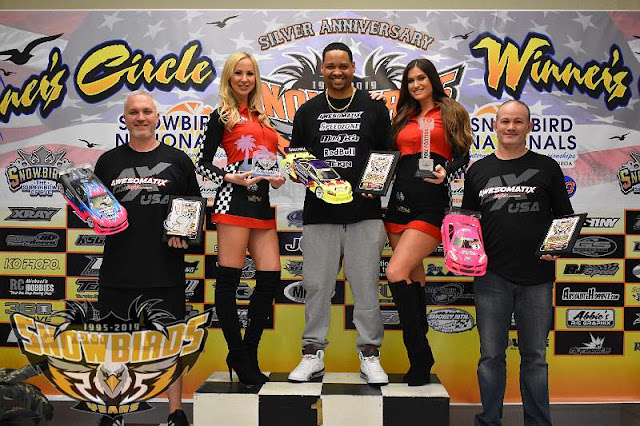 In the very close TC class which was ran the Can-Am RC Series format Awesomatix drivers would fill the A-main, and the overall podium.  Dave Johnson would reset TQ round 1 and 2 until Eric Anderson would reset TQ in round 3 by 6 hundreds of a second over Dave.  Dave would fire back in round 4 to take the overall TQ by less than 7 hundreds of a second.  In the main qualifying order for the top three would maintain throughout the 5 minute event.  Dave and Eric would pace each never more than 3 tenths apart for the entire 5 minutes with Dave taking the win and Eric securing second.  Sal Amato would finish 3rd after suffering a roll induced body tuck and riding it out for nearly 4 minutes of racing. 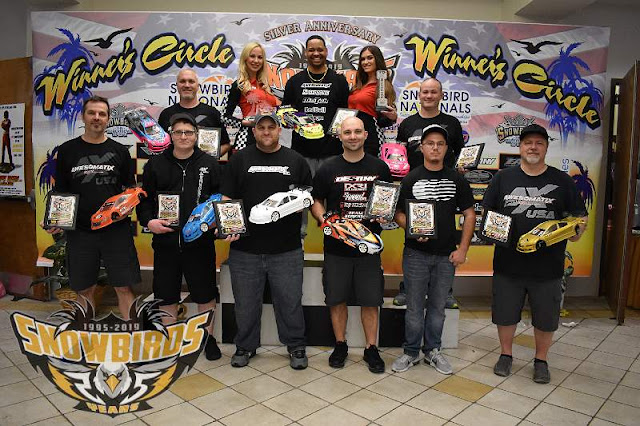 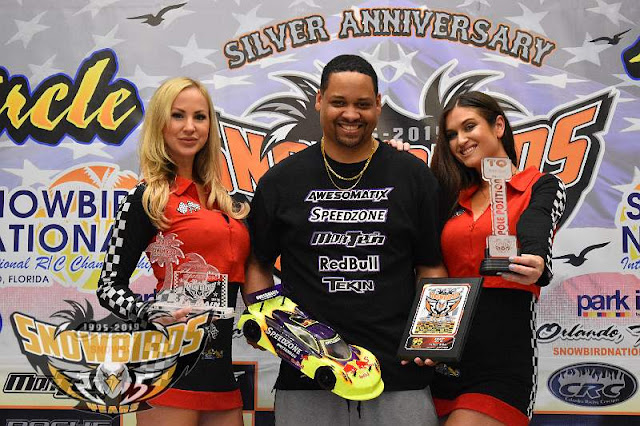 In USGT Dave Johnson would sweep qualifying resetting TQ every round with his Awesomatix A800 MMCX-A.  During the main Dave would get a great start to put him a couple turns ahead of the field by lap 3! He would then maintain his 3 second lead to become 2019 USGT Snowbird National Champion! 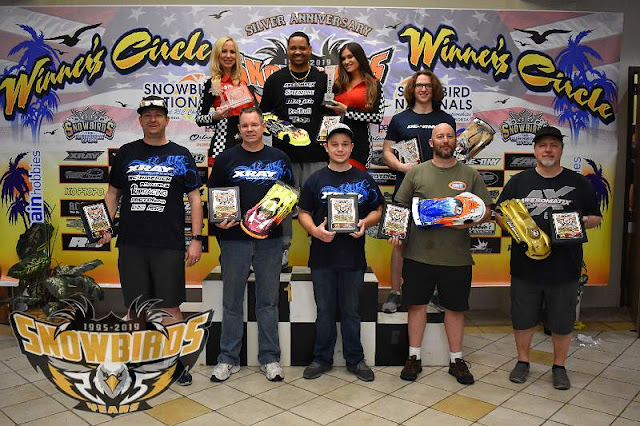 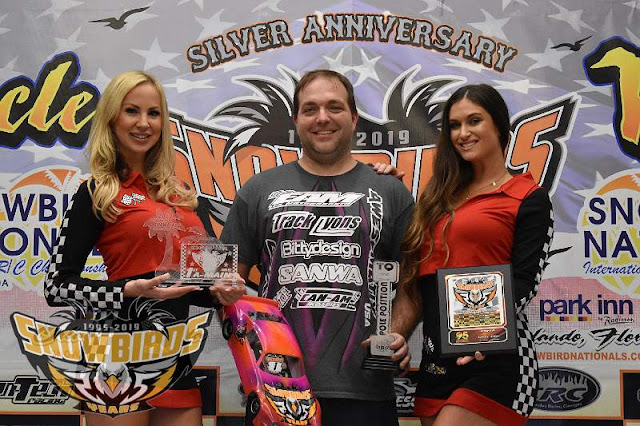 In USVTA, Justin Lyons would set TQ in round 3 on his own lap as compared to the rest of the field.  Pre-race favorite, Wayne Gerber, said he wife wouldn't let me run USVTA so Justin could finally get a win in the class this season.  Justin would fulfill the wishes of the Gerber family by taking the win with this A700 shaft car.  Congrats to Jamison Reichard for racing up from 7th on the grid to 3rd! 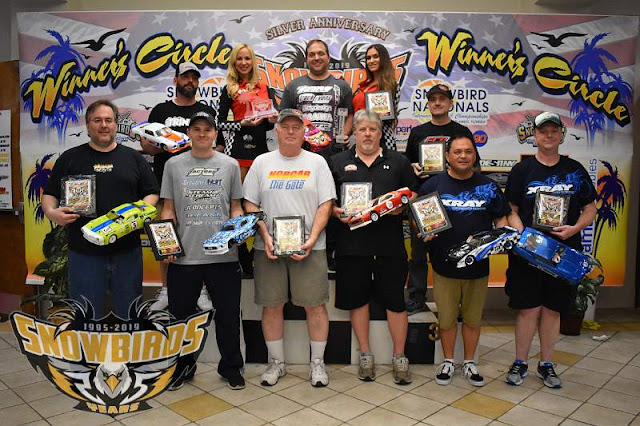 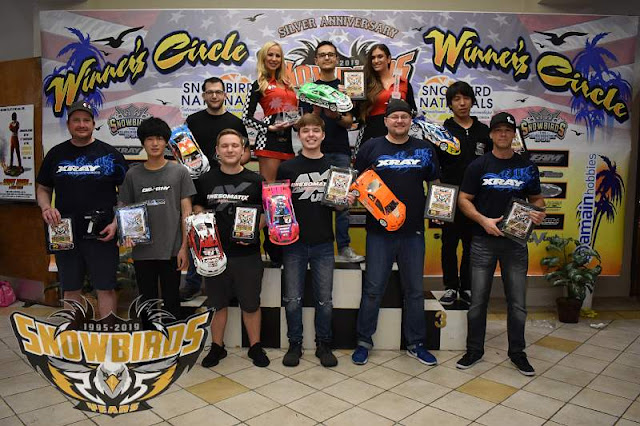 In Mod TC Awesomatix would place four cars into the A-main with Sam Isaacs starting 2nd, Matt Lyons 4th, Kyle Klingforth 7th and Donny Lia 8th.  At the start of the main the most exciting racer in the field was Matt Lyons pushing to put passes Yugo Nagashima.  Eventually when the 5 minutes were over, Sam Isaacs was just 1.3 sec behind Alex Hagberg.  Matt would finish 4th followed by Kyle in 5th.  Donny had a rough start and would round out the field 10th. In Super Stock TC Awesomatix would place six cars into the A-main with the team sadly tapping out during qualifying while on wicked fast TQ runs.  During the main Kyle Klingforth was given a bit of room by Matt Lyons to push up on the leading pair of XRay drivers, Jan Ratheisky and Robbie Dodge.  Kyle would put two pass attempts on Robbie but after some clean and respectful driving Kyle would have to settle for 3rd place.  Eric Anderson would come home 4th, Matt 5th, Ray Darroch 7th, Craig Xavier 8th and Kemp Anderson 10th.

After a week long of racing in Florida we had some great results and maybe some even better laughs.  Big thanks to everyone who came out, and for Mike Boylan and crew for putting on the 25th Annual edition of Snowbirds. 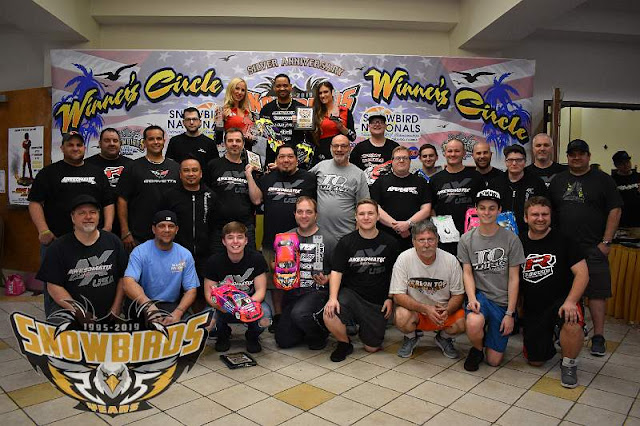 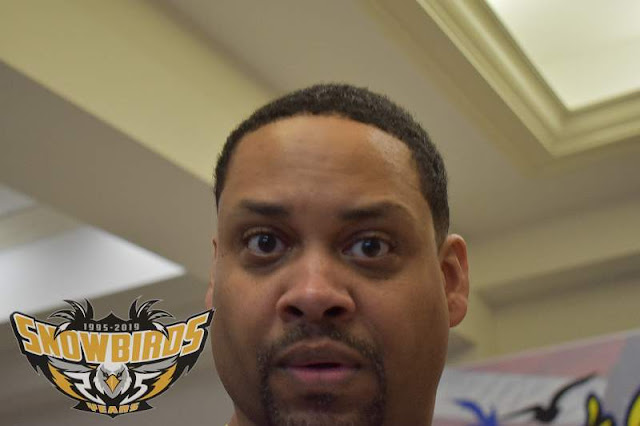 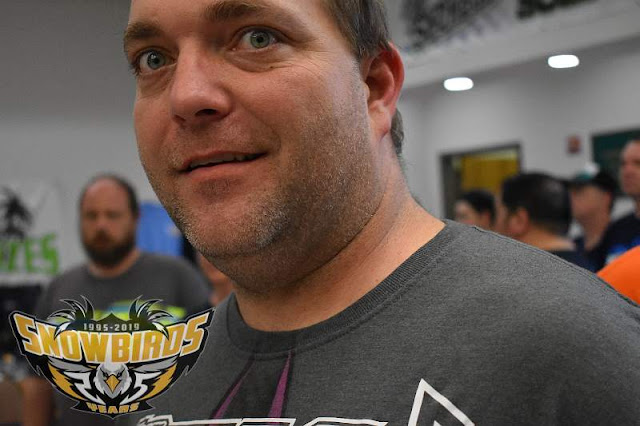 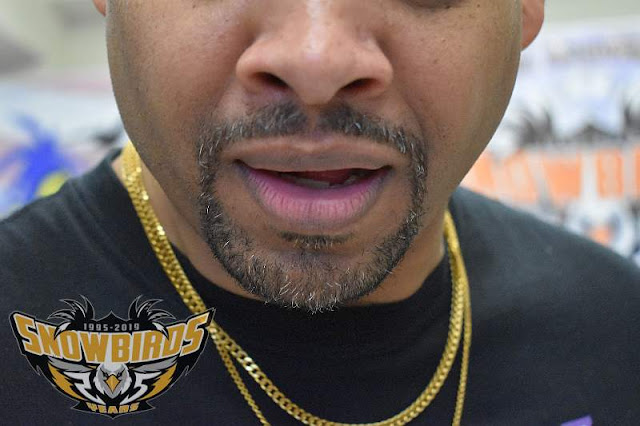 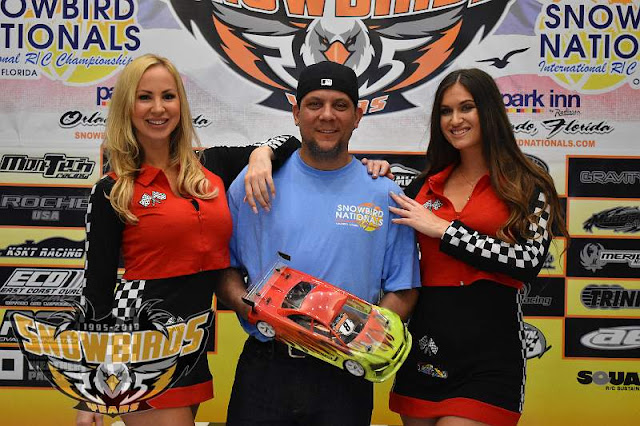