The 2017 Snowbird Nationals was held January 31st to February 5th featuring 24 hours of On-Road and Oval racing excitement.  AwesomatixUSA drivers were competing in four TC classes - Modified, 17.5, 21.5 and USGT.  When it was all said and done, the team would walk away with three TQs, two wins and nearly two other wins in the fastest classes.  An additional shout out goes to our friend Victor Kao, a privateer, who took the TQ + Win in Touring Amateur 25.5. 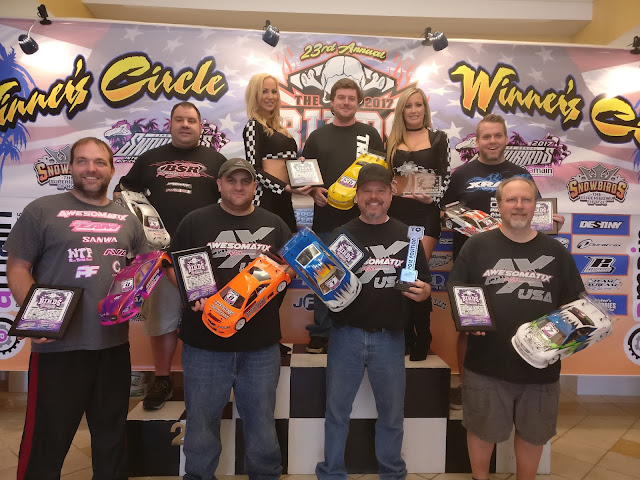 21.5 TC was positioned as the new Stock Touring class for 2017 due to the ever increasing speeds of 17.5 TC.  This adjusted class for 2017 featured some of the closest qualifying and racing we would see all weekend.  When the dust was settled, the top 3 positions were taken by Awesomatix drivers and a total of 6 Awesomatix touring cars were in the big show.  Bill Sydor would capture two TQs for the weekend, followed closely by Mark Burt, Monti Panzica, Austin Wolfe, Luke Pitman and Cory Parsons.  Only 2 seconds separating the top 6.

In the main, the battle up front would be the top three Awesomatix drivers - Sydor, Burt and Panzica.  Brent Klingforth would charge up from 7th at the beginning to slot in 4th overall in the early minutes.  Mark Burt would recovery from an early bobble and put a sweet pass on Bill with just a 1m 15s left on the clock.  Mark would hold off Panzica and Luke Pittman would finish 3rd overall.

After the race Mark had to say "I need to thank Trinity for helping me power my racing addiction for the past 8 years and Awesomatix USA for the innovative chassis for the past 4 years. I wouldn't have been able to do it without you guys." 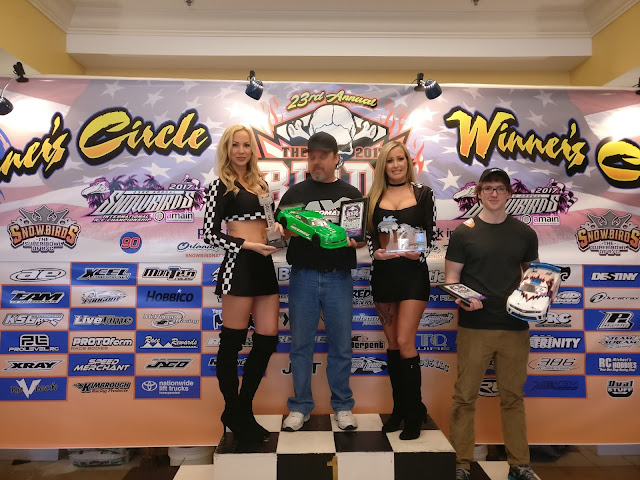 AwesomatixUSA's own Bill Sydor would prove to be a dominant force in USGT, much as he has done throughout the past few seasons, by taking TQ by 2 seconds of Jared Mowery.  3 seconds behind Mowery would be Jeremiah Ward.

In the A-main Bill would control the pace and stretch his lead to 2 seconds over a hard charging Jeremiah Ward, with Jared Mowery taking 3rd after an early race tap out. 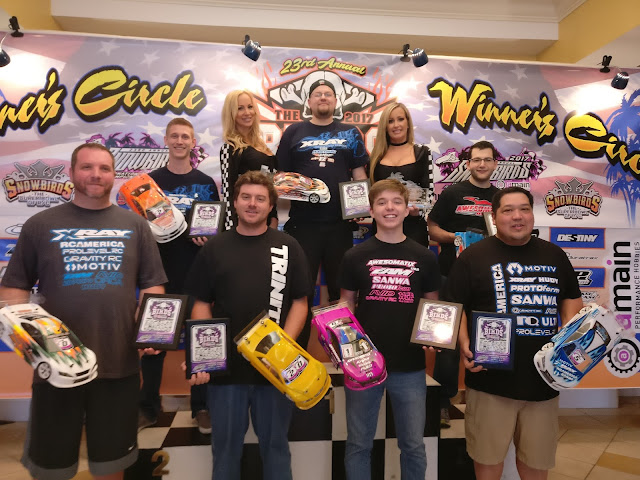 17.5 TC was the largest touring class at Snowbirds this year.  In the highly competitive class we saw many favorites miss the A-main due to the high level of competition.  Three drivers set themselves apart from the rest of the field by obtaining 30 laps in qualifying - Sam Isaacs, Robbie Dodge - last year's winner, and Jan Ratheisky.

At the tone, Sam and Jan walked away from the pack as Robbie rolled on the first lap.  Sam looked to have the race in the bag until a last minute incident with traffic caused him to get caught up allowing Jan by.  Sam pushed hard to get back to Jan but would crash out of second allowing Jan to cruise to the win and Robbie to move up to 2nd on the last lap. 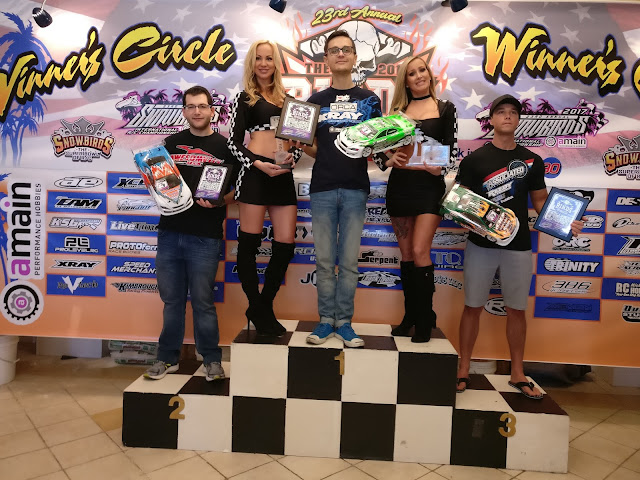 From the beginning of practice, Alex Hagberg set the pace for everyone to follow.  Hayato Ishioka hung with Alex on the same lap in qualifying and our Sam Isaacs was the best of the rest on 31 laps with a strong Q4 qualification just edging out Keven Hebert.

At the tone, Alex stretched out his lead and Hayato flipped on lap one promoting Sam to 2nd.  Once Sam got into a groove he pulled away from Keven and Paul who would then get entangled in their own battle.  Paul and Keven would come together on the 2nd to last lap by start/finish but Paul was a true champion asking Keven to be promoted to 3rd overall.  Sam was disappointed about the 17.5 result, but the Modified TC finish made him forget about any of that prior trouble.

Maryland/Virgina driver, Victor Kao, took down the TQ + Win in Amateur with his Awesomatix A800A. 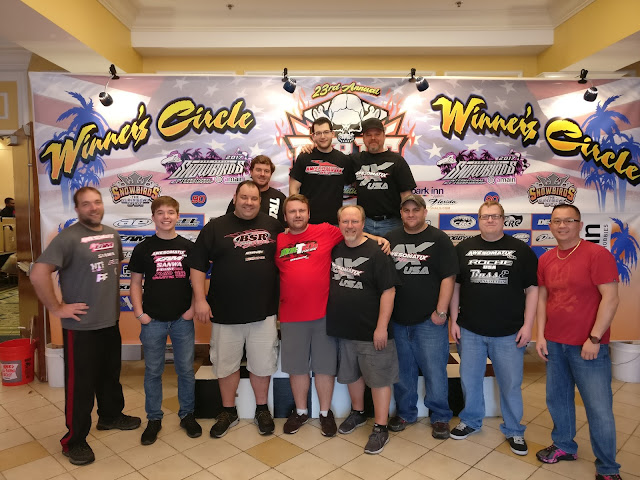 All of the success couldn't of been accomplished without this cast of characters.  With 4 overall TQs, and 3 wins its impossible to call it a bad weekend.  Another great accomplishment was the 3 of 4 TQ + Wins for Mon-Tech body shells in 21.5, 17.5 and 25.5 Amateur.

Big thanks again to everyone for putting forth their best effort always! 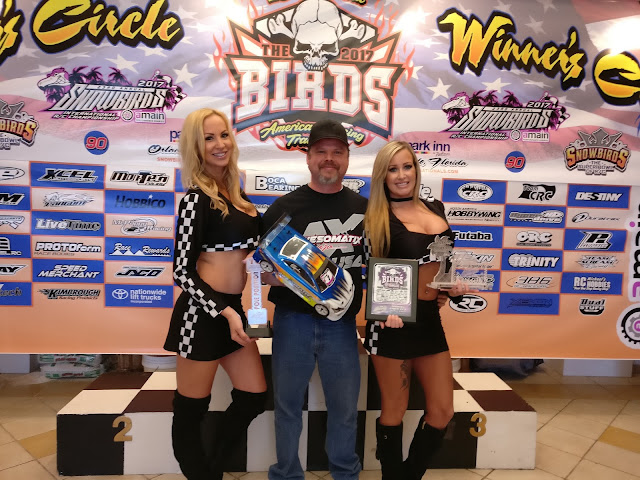 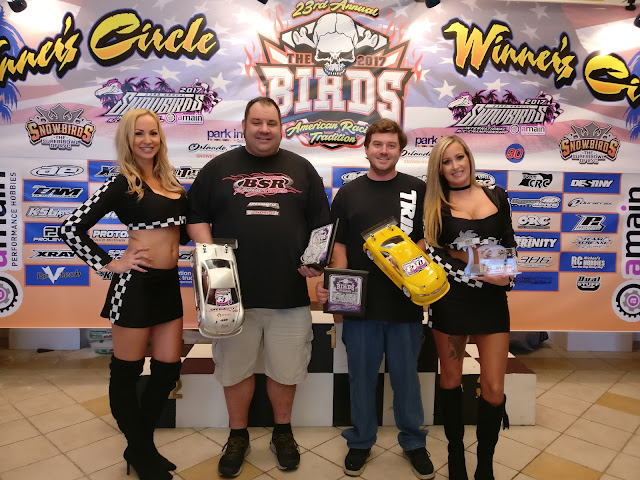 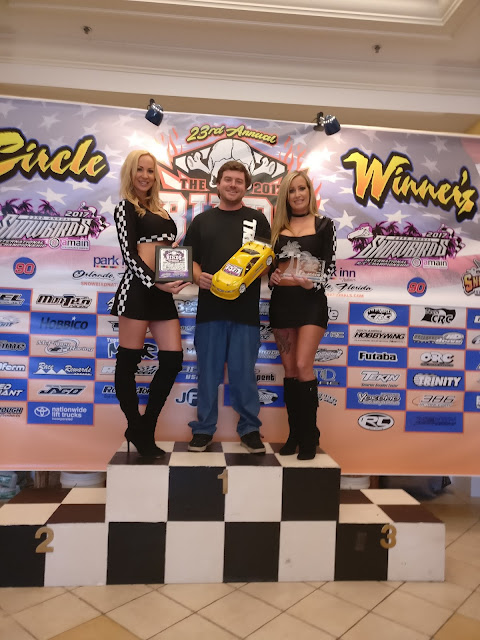 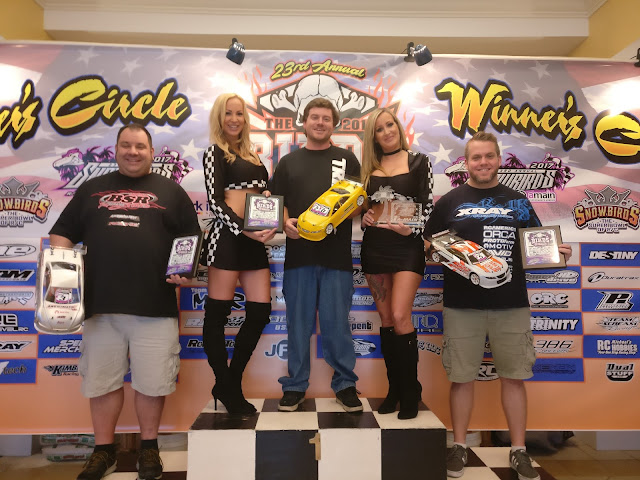 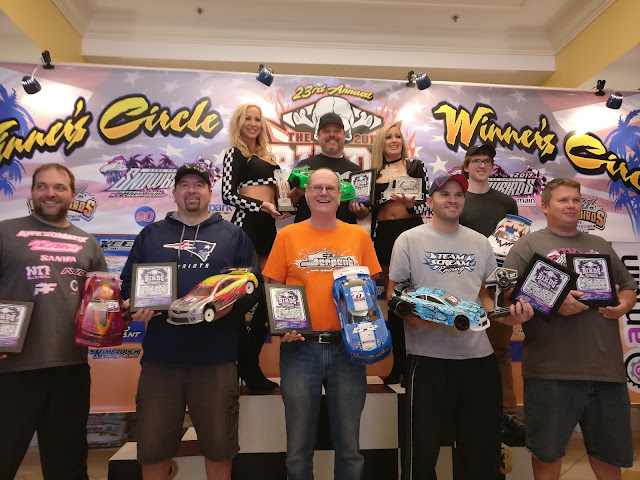 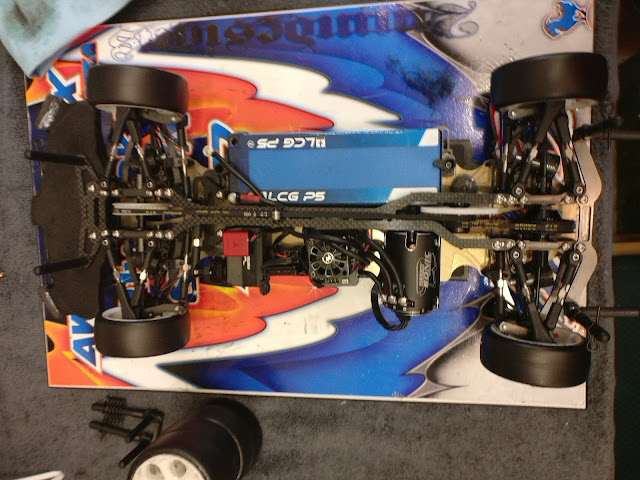 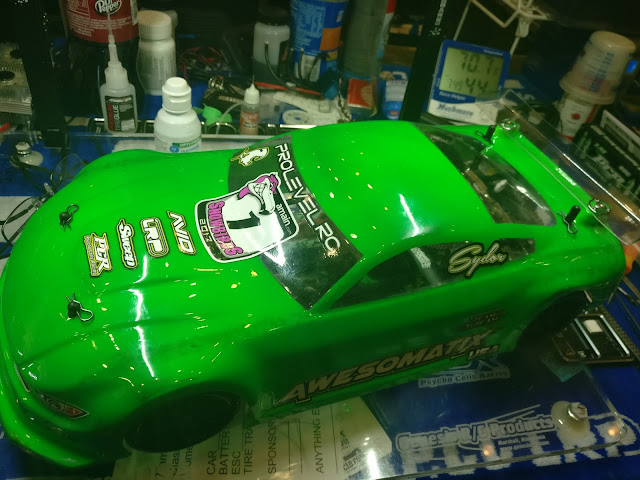 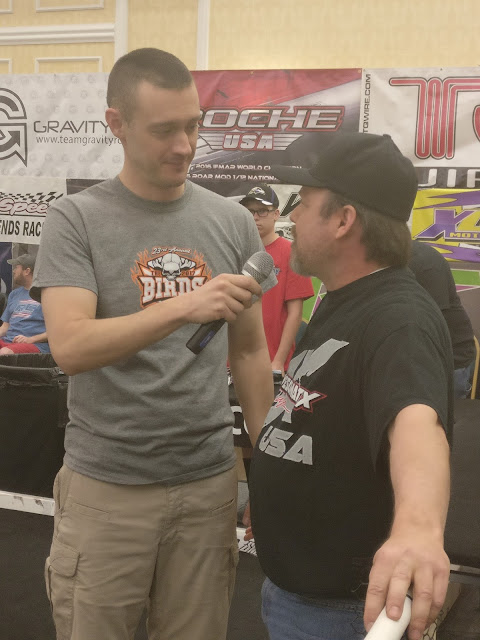 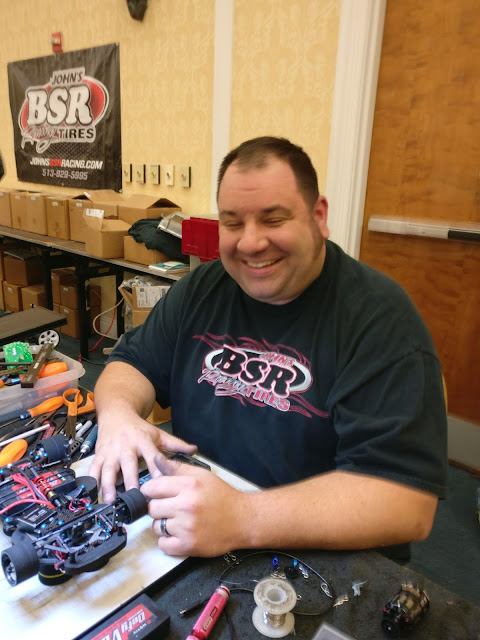 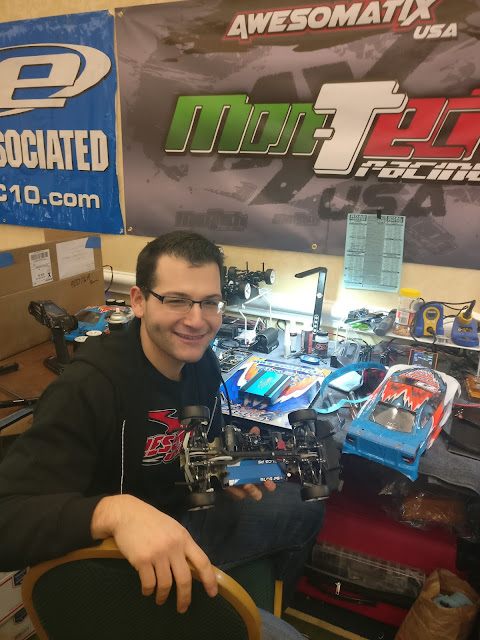 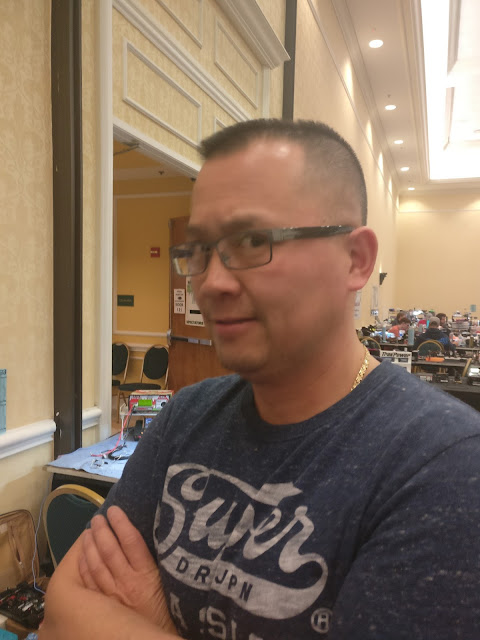 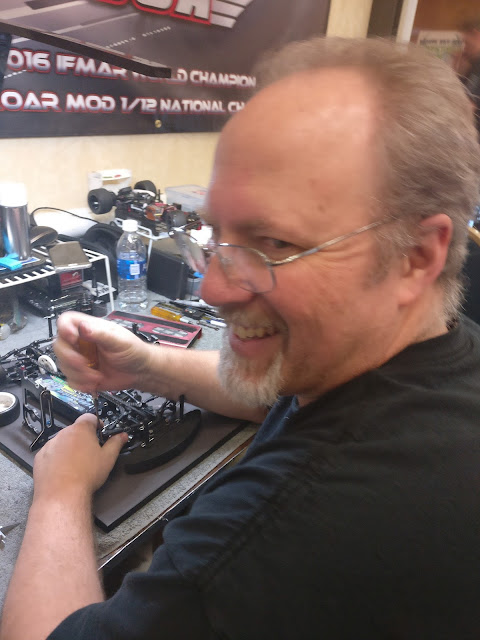 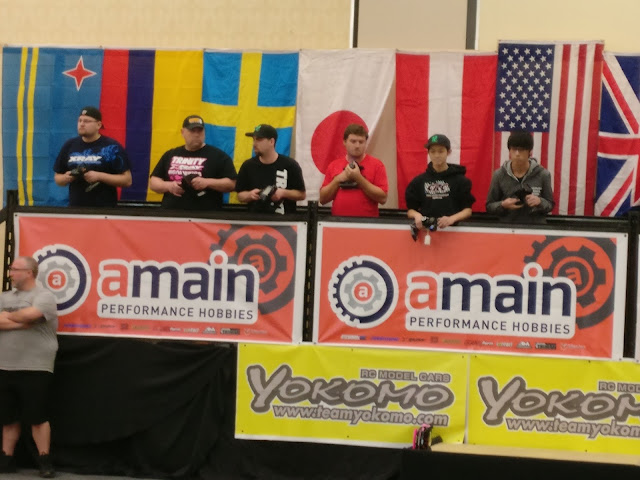 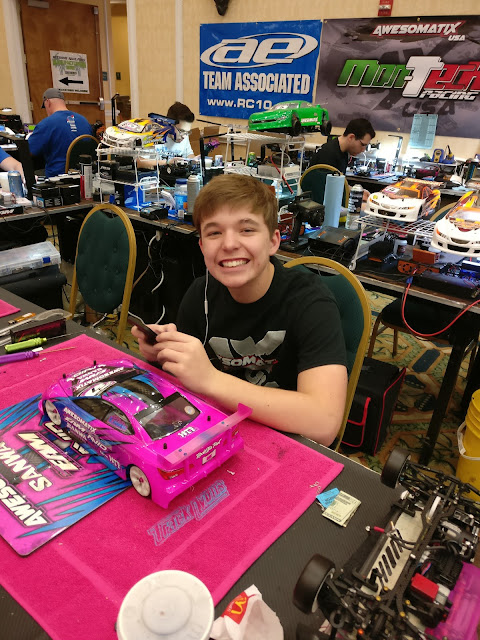 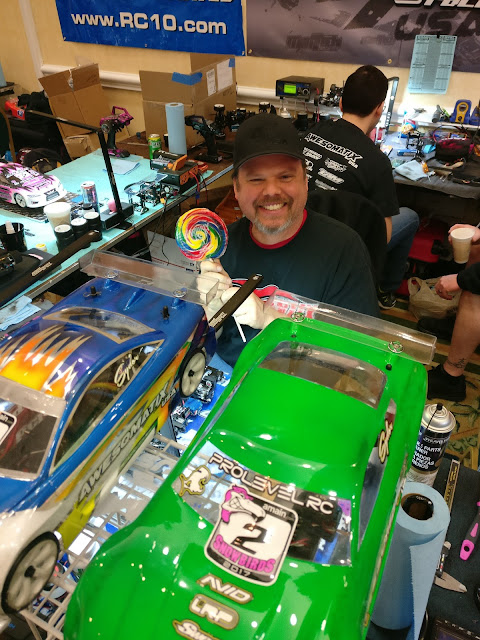