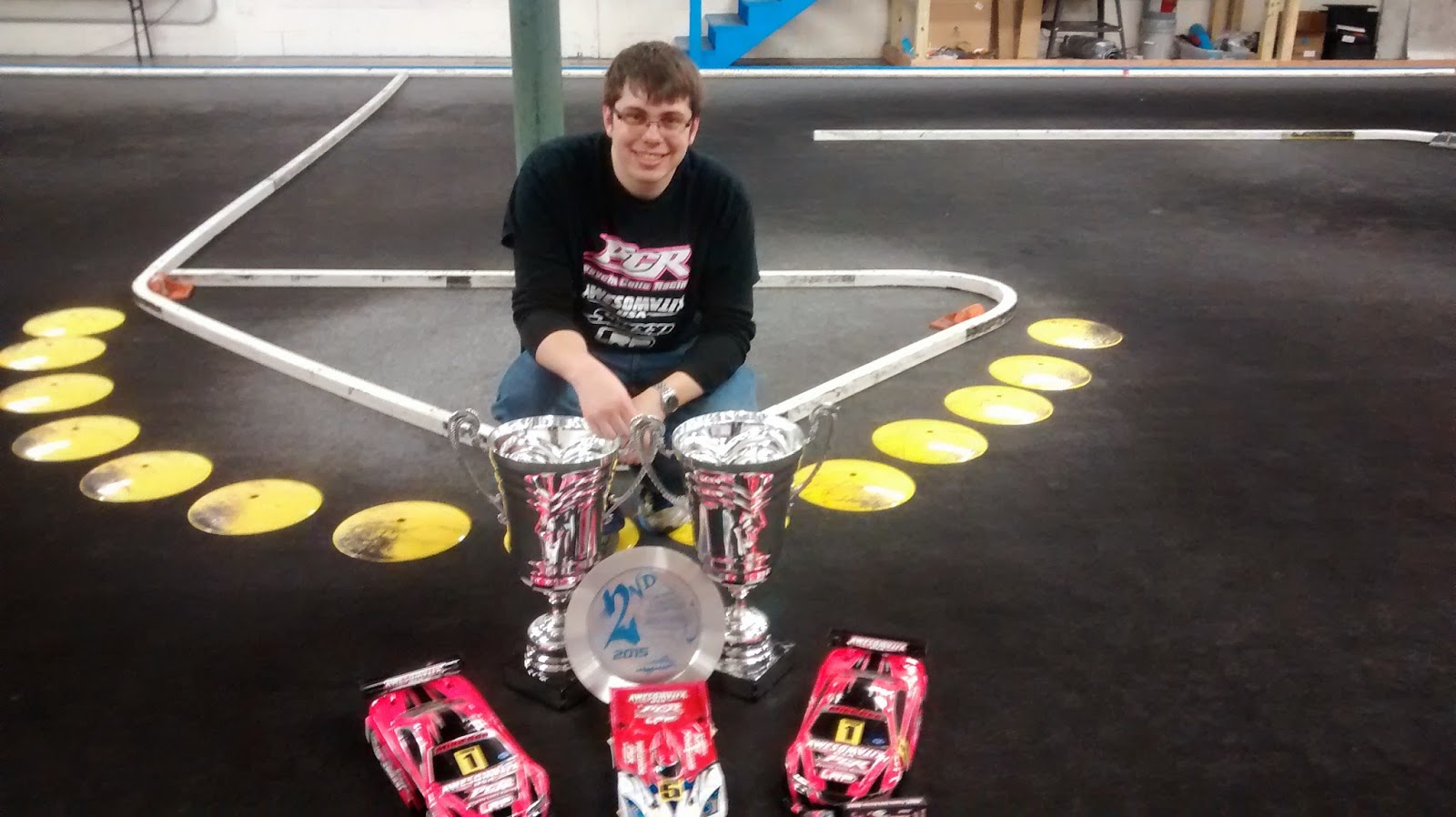 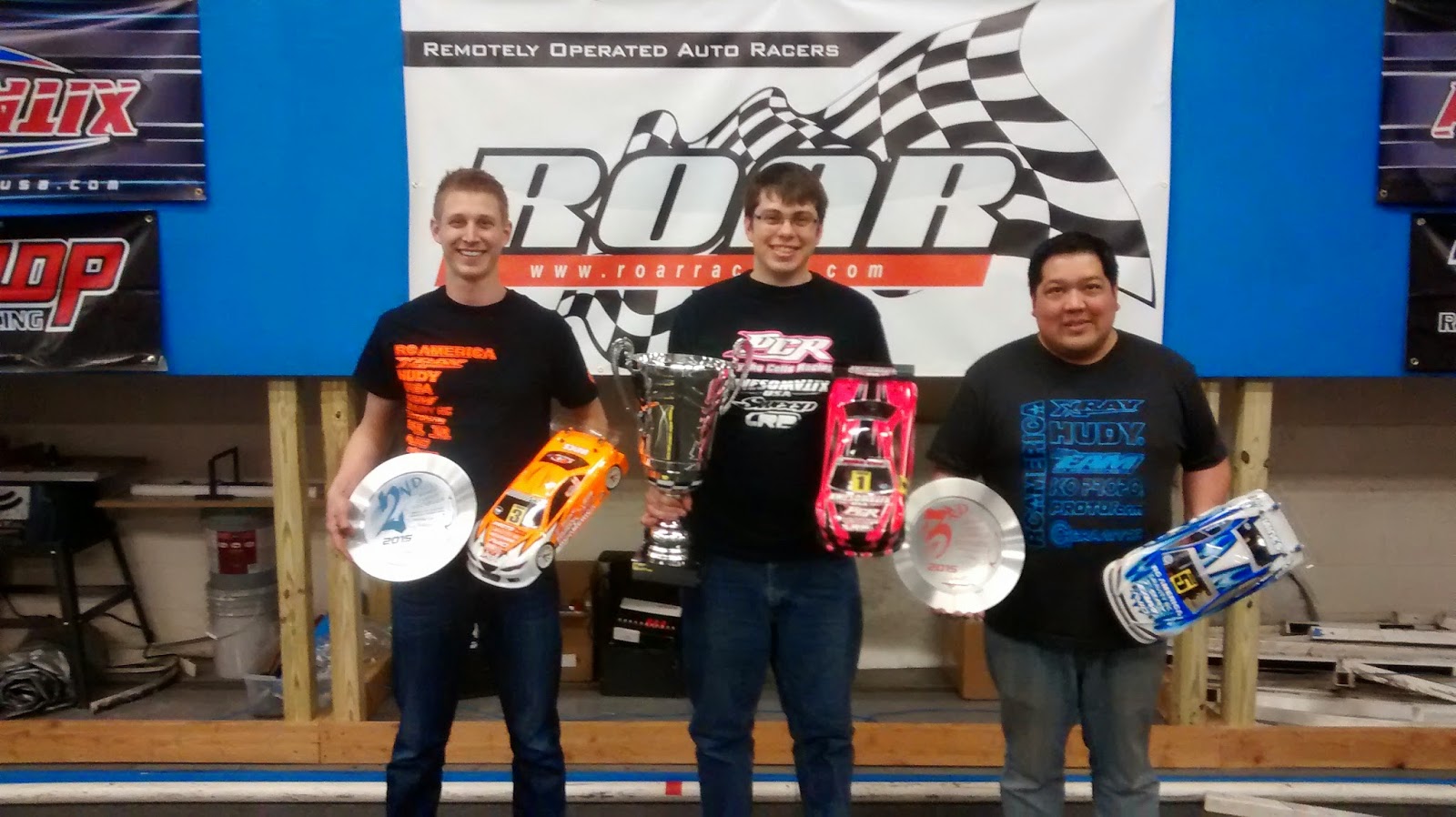 After two days, and four rounds of qualifying, Mike Gee would find himself in the TQ position on his own lap (~3 second advantage).  Prior TQ holders Robbie Dodge [XRay] and Larry Fairtrace [Awesomatix] would find themselves in 3rd and 4th position after the fast 4th round of qualifying.  All in all, 5 Awesomatix touring cars would make the highly competitive race field.

Mike Gee would lead from the tone while the rest of the pack would pile up on the first lap.  Eric Anderson would hold the second place position until lap 13 when Robbie Dodge would get by after a mistake by Eric.  Another mistake on the difficult layout would drop Eric to 4th and promote Craig Xavier to 3rd.  Rounding out the top 5 was Bill Sydor working his way up from 9th on the grid.

A2 would have an exciting start with 3rd place qualifier Robbie Dodge not starting and collecting a few people on the tone.  Gee and Eric would break free from the chaos with Craig, Danny Jenkins and Michael Hanulec in tow.  On lap 4, Eric would have a bobble dropping him to 5th place, and promoting Craig, Danny and Michael up a position.  This trio would battle for 2nd place until the end of the race allowing Gee to cruise to the win.

With Gee sitting out, Robbie Dodge would lead the first lap followed by Michael Hanulec, Karl Hoffmeister and Danny Jenkins.  Bill Sydor would take over the 4th place position from Danny on lap 15, and the 3rd place position from Karl on lap 32.  Robbie would continue to hold a 1 to 2 second lead over Hanulec to win A3. 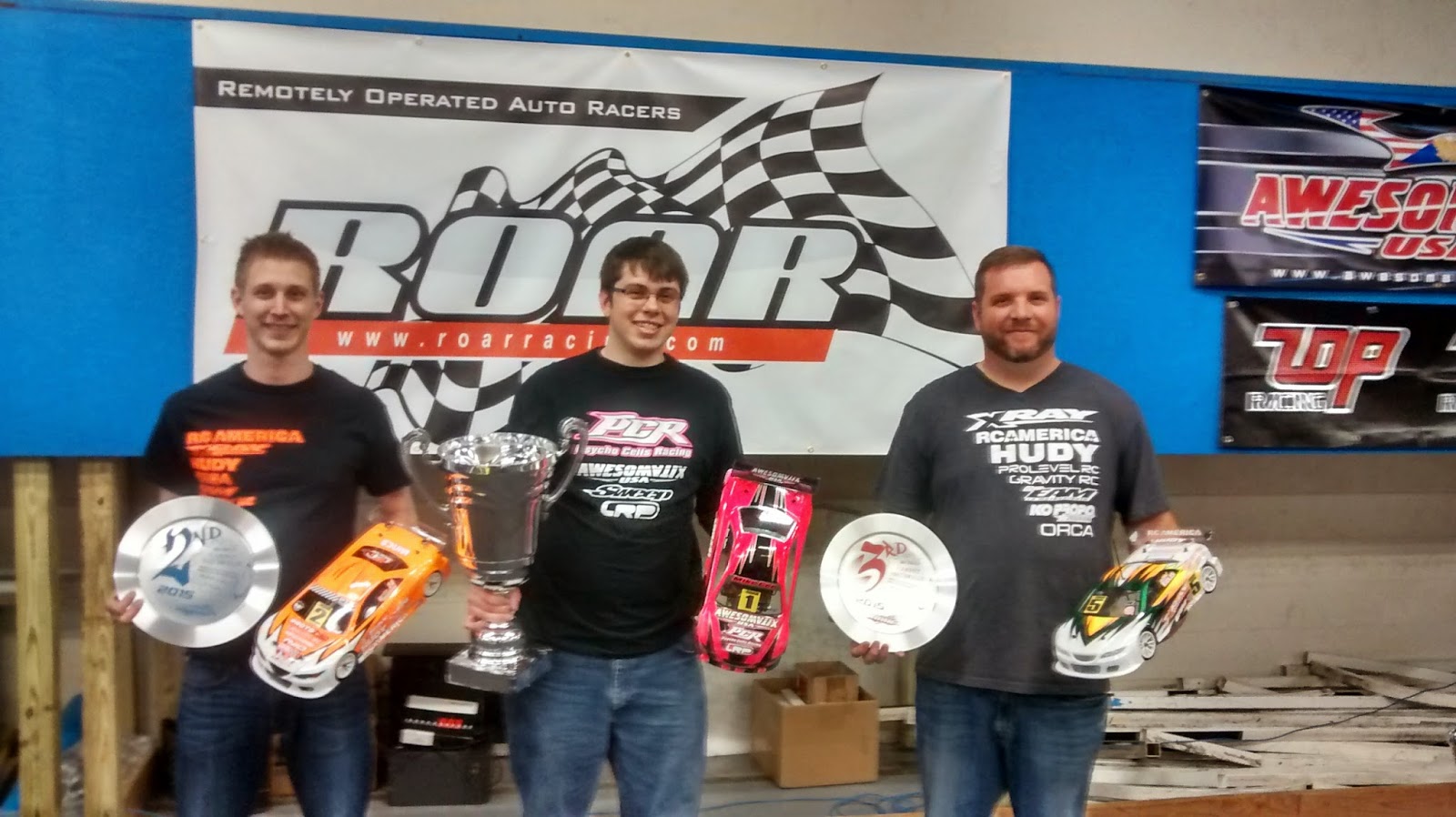 On the first two corners Robbie Dodge would apply serious pressure to Michael Gee causing Gee to make a mistake and let Robbie by.  Gee would chase Robbie until lap 18 when his radio failed causing the car to go straight off at the end of the straightaway.  Behind the Dodge/Gee race, Hanulec and Fairtrace would exchange 3rd and 4th, and then later 2nd and 3rd until the last 30 seconds of the race when Hanulec would roll on a dot allowing Ray Darroch [TOP] to grab the 3rd spot with Mike Haynes finishing 5th.

Gee would have a better start this time, and cleanly lead lap 1 with the field running mostly in qualifying order.  Gee would open up a few second lead within the first few laps and by then the race order started to change.  Drew Ellis and Robbie Dodge swapped positions and Michael Hanulec took over 4th.  Gee would take the win by 3 seconds over Robbie, and Michael would nearly take over third after a mistake from Drew in the closing laps.  Mike Haynes [Associated] would take over 5th late in the race.

After a called false first start, Gee would successfully re-start the race, and take the lead from the tone.  Drew Ellis would pass Robbie Dodge on the 2nd lap with Michael Hanulec and Eric Anderson in tow.  A late race bobble by Gee on lap 34 would almost decide the race, but Gee collected his car and maintained his lead in front of Robbie.  Michael Hanulec and Drew Ellis would continue their battle from A2 with Drew holding onto the advantage to take 3rd.  A hard charging Eric Anderson would have to settle for 5th after rolling on a few dots during the 6 minutes.

Two years ago at the 2013 ROAR On-Road Carpet Nationals (also hosted at Horsham RC), Awesomatix USA was launched to the public.  At that race we had three competitors running an Awesomatix chassis -- Mike Gee, Karl Hoffmeister and Mark Dawson.   Fast forward 2 years later, and with 10+ racers this year, it is great to see the growth of the racer base but more importantly we have racers helping other racers to improve, and excel.  Big thanks again boys! 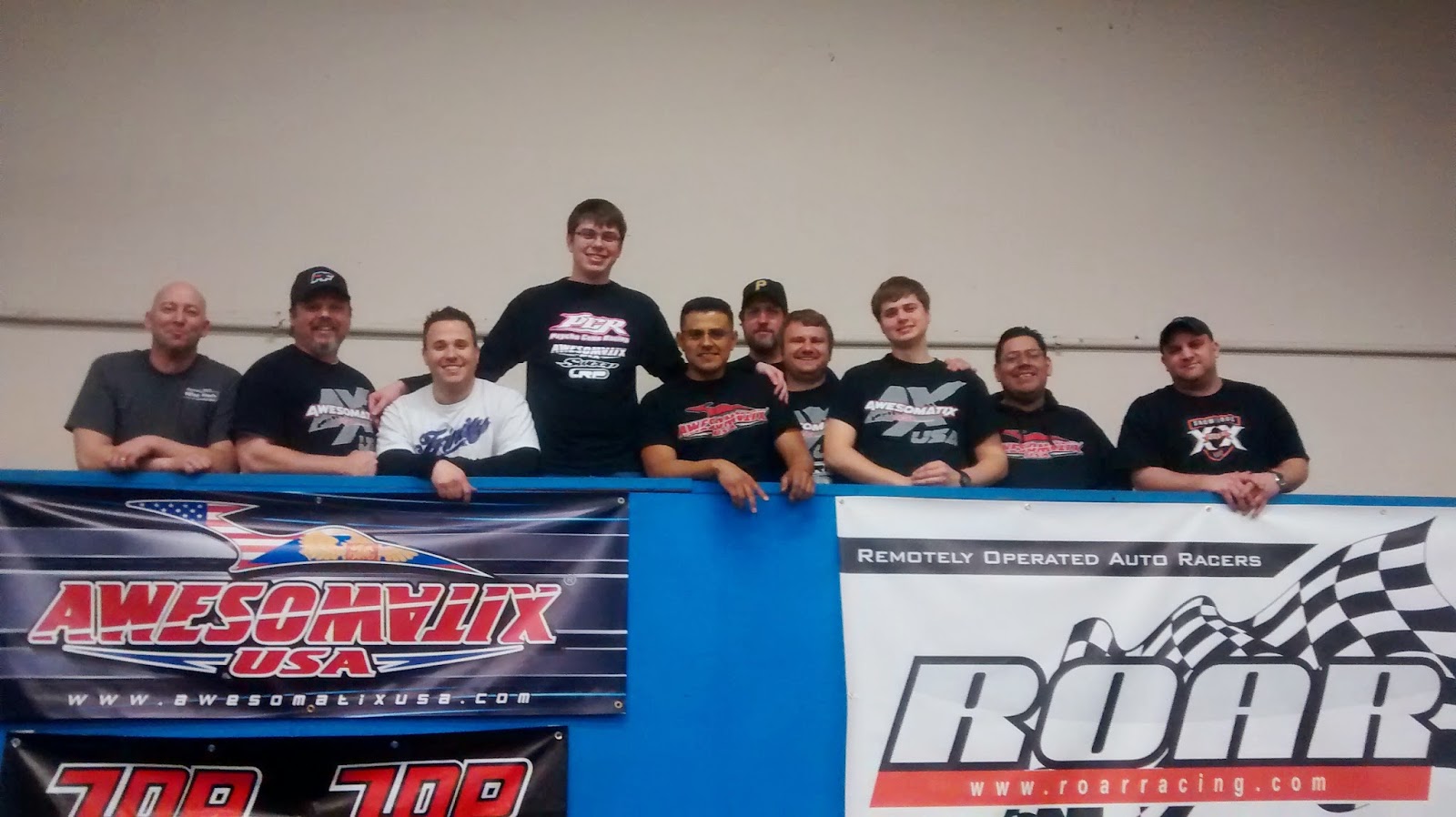