Genesis RC Raceway hosted their annual Midwest Indoor Championship "The MIC" after a one year COVID hiatus.  AwesomatixUSA team and customers well represented the event taking TQ and Wins in the major classes at the event.  Big thanks to Brandon Skewes for working w/ AwesomatixUSA to sponsor this year's event. 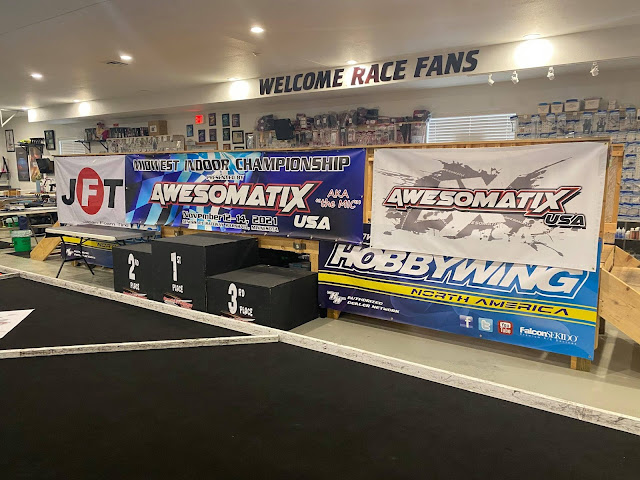 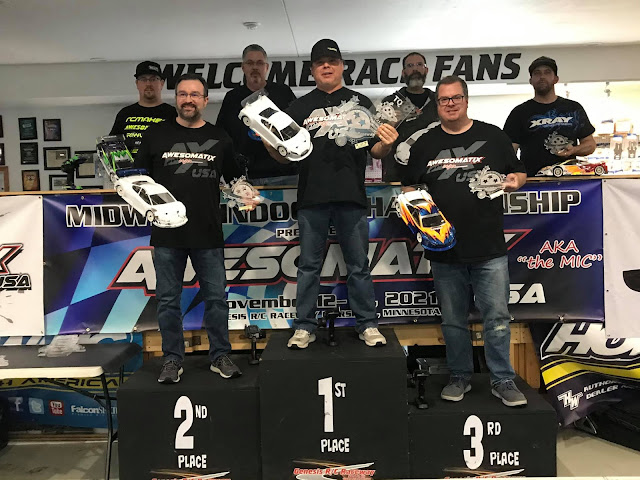 Bill Sydor [Awesomatix] would lead the field of touring car racers in qualifying on the high grip black carpet followed by AwesomatixUSA teammates Eric Jones and Jeff Flassig.  During the main, qualifying order would hold for the top 3 and Patrick Perkins would race up from 5th starting position to 4th overall on the grid to allow for a Awesomatix top 4 finishing order.
A-main finishing order- 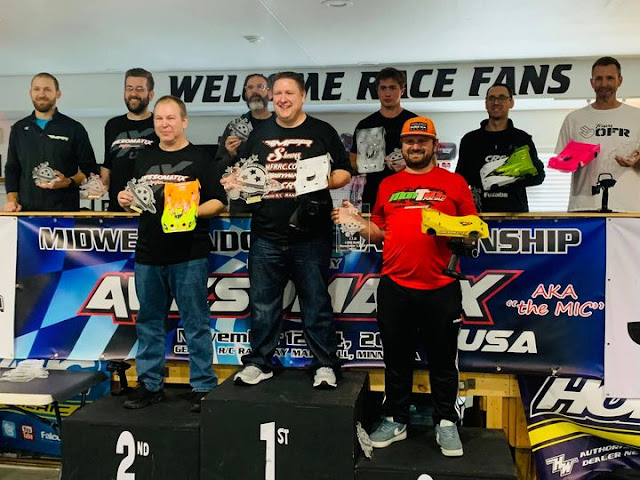 Stock 1/12th was the hotly contested class at this year's MIC.  Awesomatix USA's Michael Hanulec would take the TQ in the 2nd round and it would hold throughout the rest of the event.  Top 5 qualifiers all would be running an Awesomatix A12 with US Spec or US Spec-like configurations - Hanulec, Skewes, Supreme, Rayfield and Van Ert.
In the main the field would break out into a 3 car freight train running through traffic.  Skewes would make the first mistake in the freight train, but Hanulec would make a larger one that held up Rayfield too allowing Skewes to jump from 3rd to 1st and cruise to a 2 second win over Rayfield and Hanulec would battled over the last 2 minutes for 2nd place.
A-main finishing order-
Honorable mention - 3rd qualifier Beef Supreme and Shaun Madden who were unable to compete in the main. 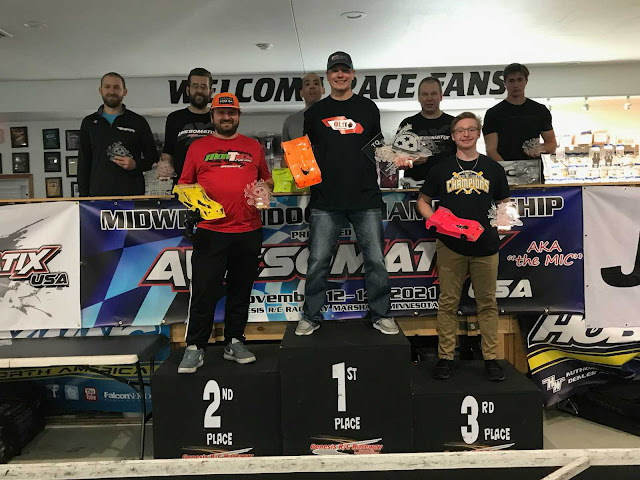 SuperStock 1/12th had a great mix of past ROAR National Champions and perennial fast guys.  John Wiita [Awesomatix] would take TQ in the 3rd found from Troy Gubbins by less than 1 second.  In the main,  John Dickson would have a rough start allowing John Wiita to break away with Troy Gubbins, Shawn Rayfield [Awesomatix] and Michael Hanulec [Awesomatix] in hot pursuit.  Troy would tap allowing Rayfield and Hanulec to get by.  Sooner after Rayfield and Hanulec would swap positions.  Dickson would try to run back up the field getting within 2s of Hanulec before tapouts would cause him to fall back.  Within just 30 seconds left Wiita attempting to lap the field found the wrath of Hanulec but the two survived the encounter not allowing Dickson to get by.
A-main finishing order-
Overall we had a great time at the event.  Brandon has built an AMAZING facility -- cannot wait to attend next year! 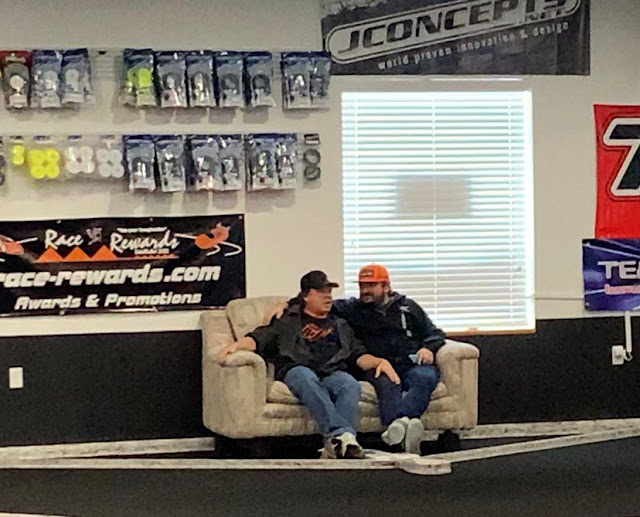 Posted by Awesomatix USA at 8:29 PM