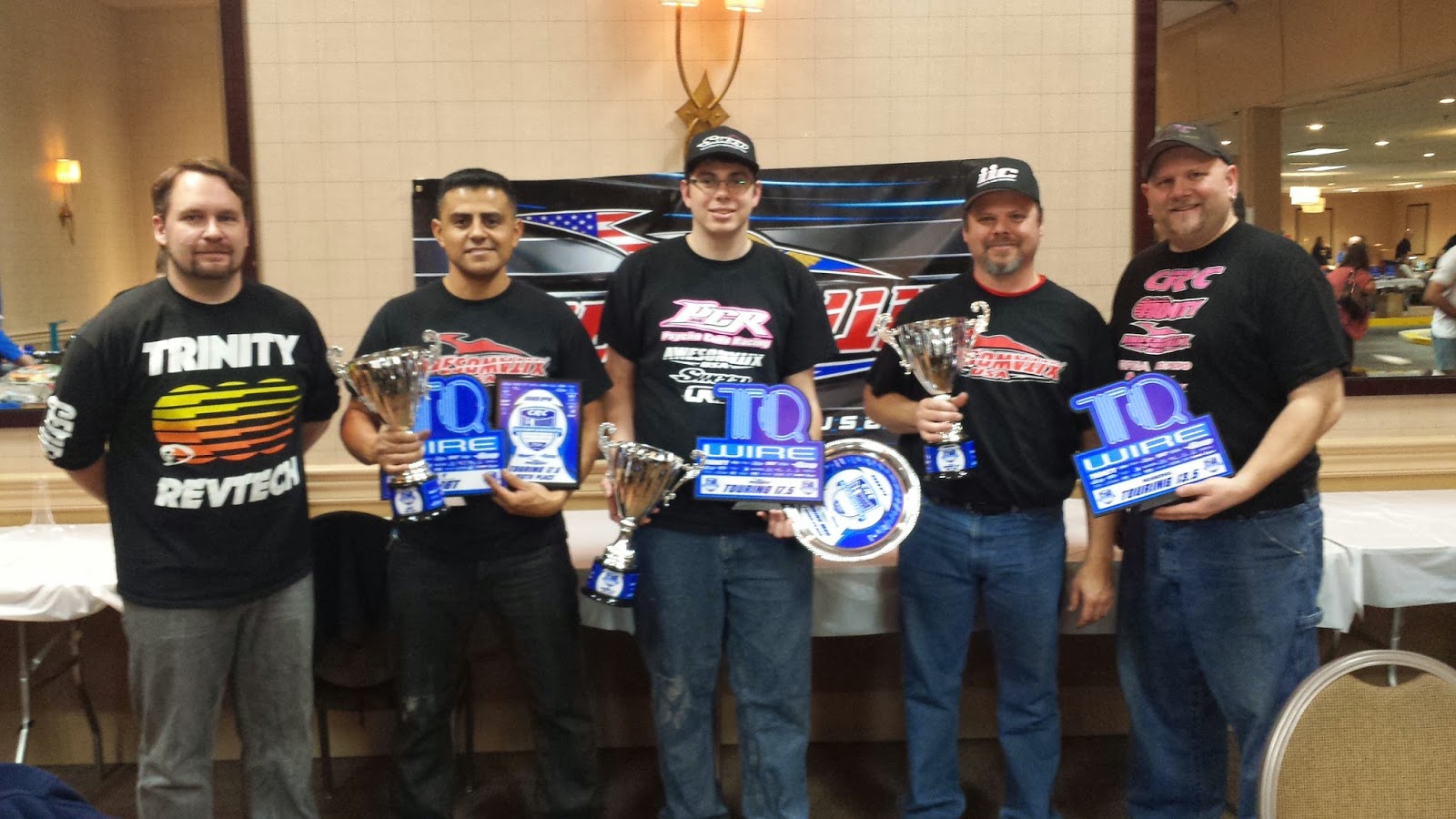 This past weekend was the 35th running of the US Indoor Champs, held this year at the Holiday Inn in Cleveland, Ohio. This year saw over 200 entries, and 31 heats overall. 17.5 was the biggest touring class with 40 entries, with the USVTA, USGT, 13.5, and Mod classes also offered for TC's. This years track was very tricky combining a tight layout with high traction, soft spec tires and a bumpy subfloor, making perfect setups at a premium. 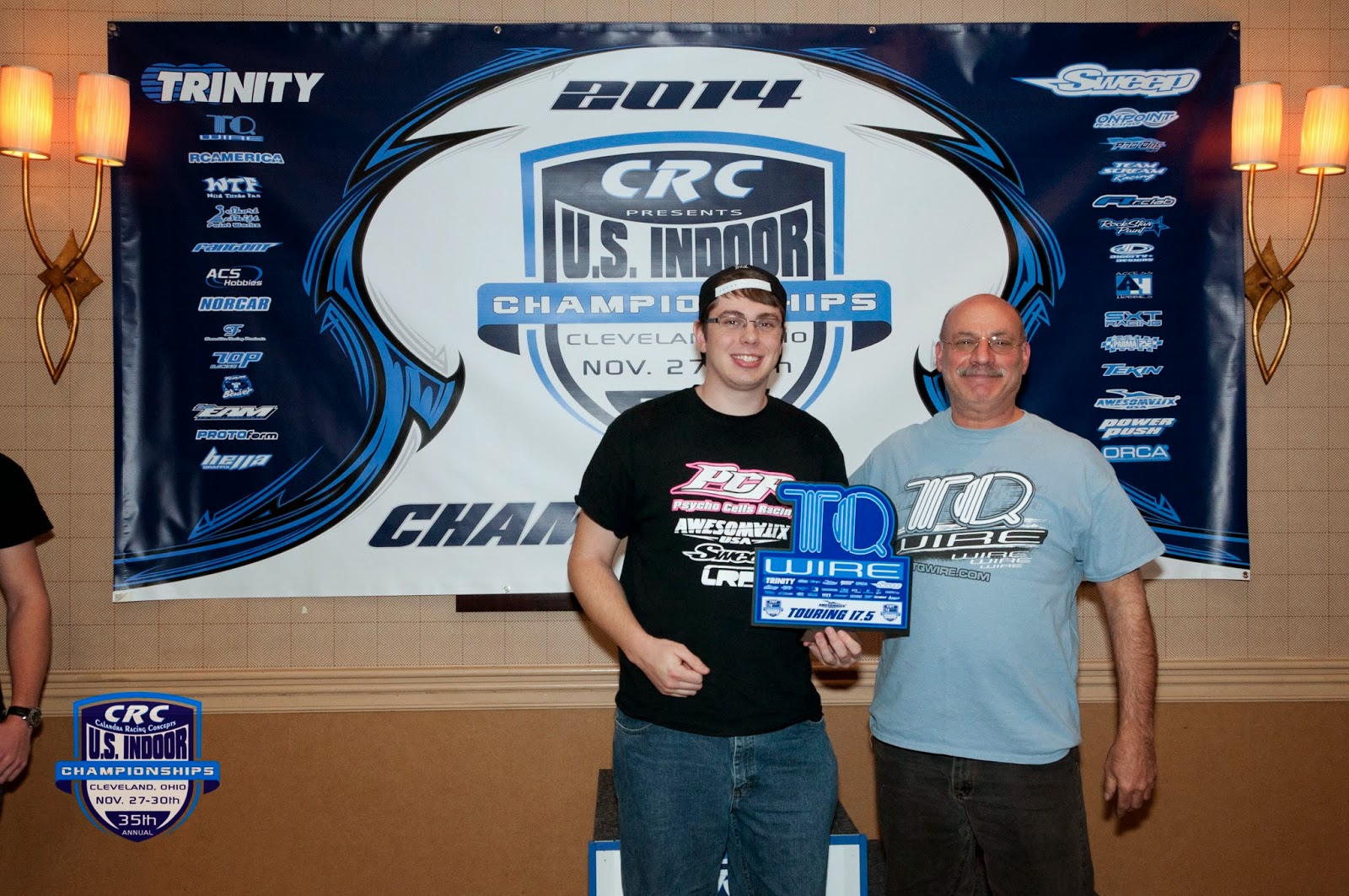 17.5 proved to be the toughest of all TC mains to make with all drivers completing 36 laps except the TQ, Awesomatix USA Driver Mike Gee being the only person to run 37 laps. Awesomatix USA Driver Bill Sydor would qualify 2nd, in addition to Manny Flores, Brian Wynn, and Dave Johnson making the show, for a total of 5 Awesomatix cars in the main, the most of any brand!  In the main, Mike would open up a gap and not look back, cruising to the win. There was chaos in the pack though, and in the end Sydor had to retire, but Johnson would navigate his way up to a podium spot in 3rd. 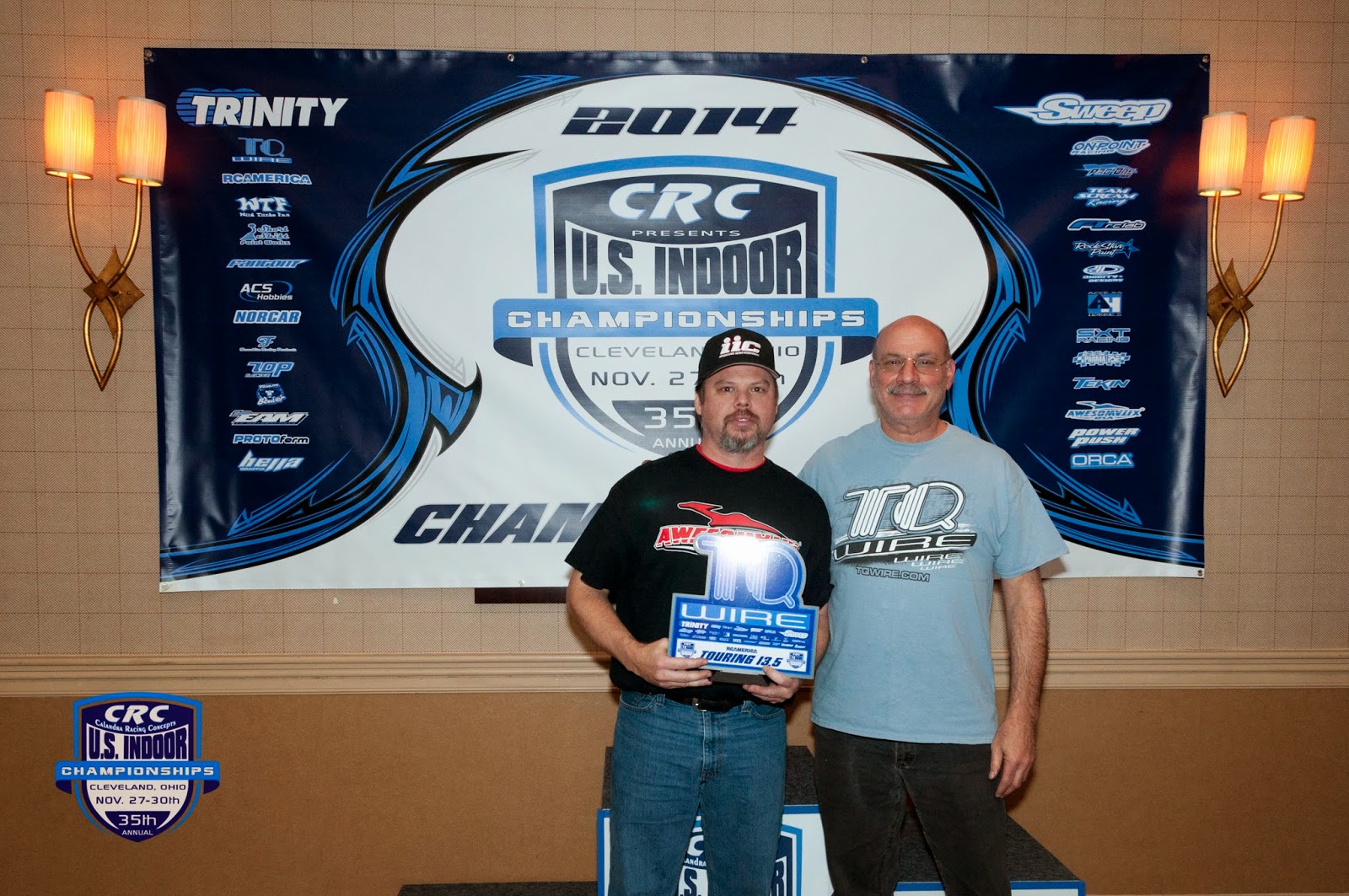 In 13.5 TC Bill Sydor would take the TQ and win the main easily after fending off an opening lap challenge 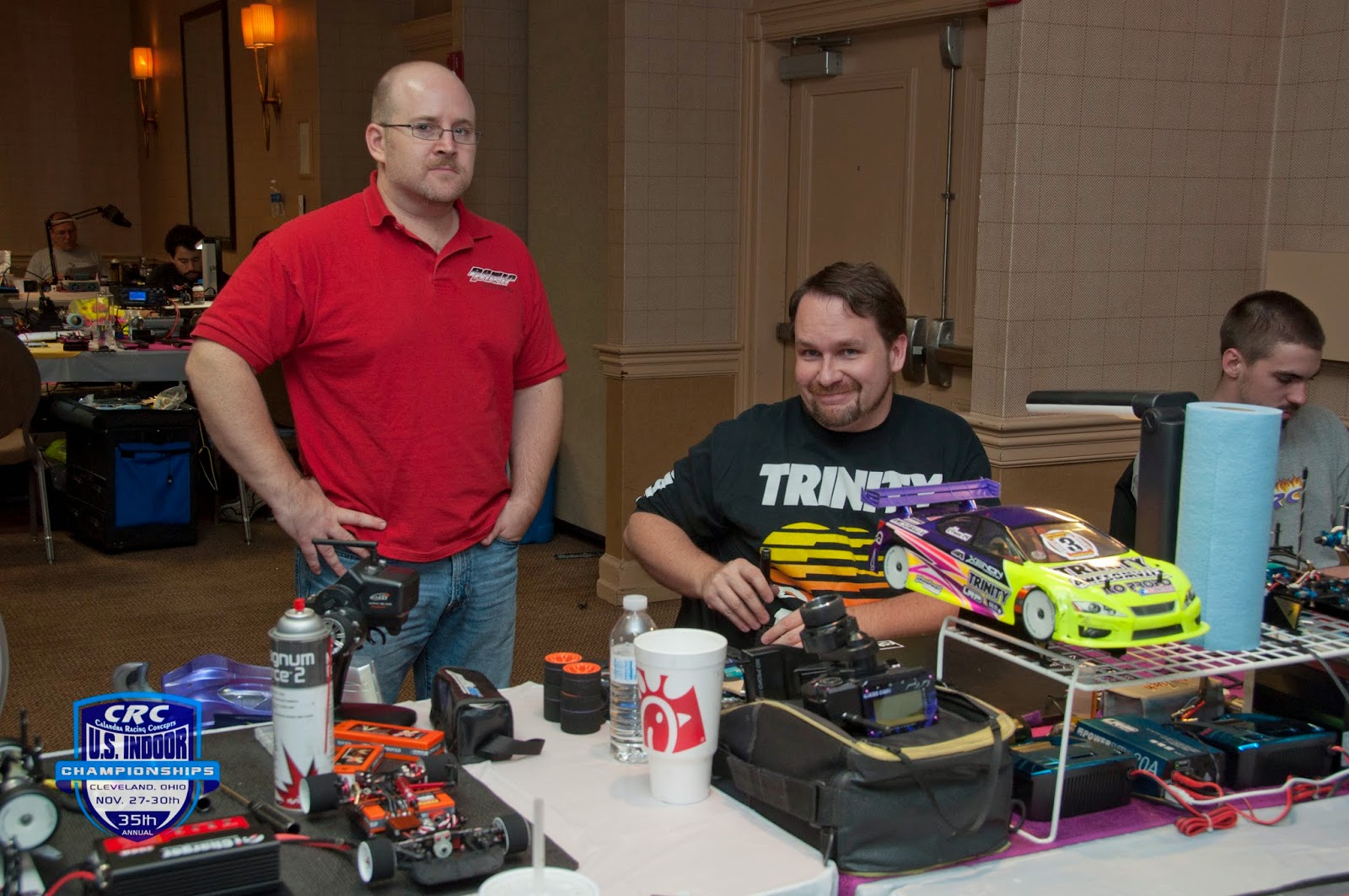 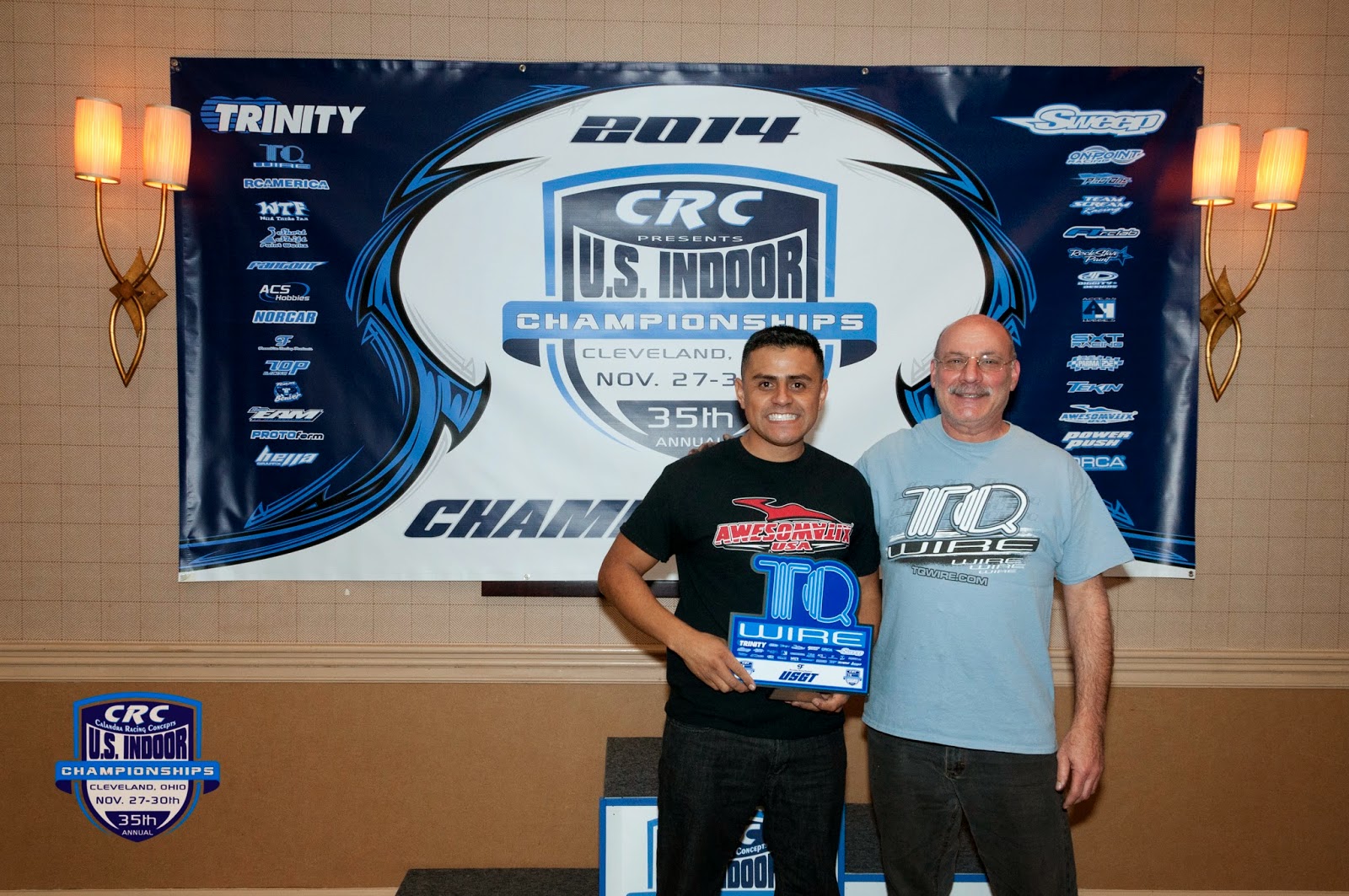 In the USGT class, Awesomatix USA Driver Brian Wynn set the early qualifying pace, but in rounds 3 and 4 Manny Flores stepped up to take TQ. In the main, Manny got off to a clean start and opened up a lead he would not relinquish. A few mistakes at the end by Manny made it interesting the last few laps, but in the end Manny held on with Brian finishing second, securing an Awesomatix 1-2.

Overall it was a great weekend for Awesomatix USA with 3 TQs, 3 Wins and a podium in Mod TC. With Gee's win in 17.5, Awesomatix has swept 17.5 TC at the "Big 4" races for 2014 (ROAR Carpet Nats & International Indoor Championships - Kyle Klingforth, Snowbirds - Larry Fairtrace), not an easy feat! Special thanks to Awesomatix customers, team drivers, and the US Indoor Champs crew for putting on a great race, we will be back next year! 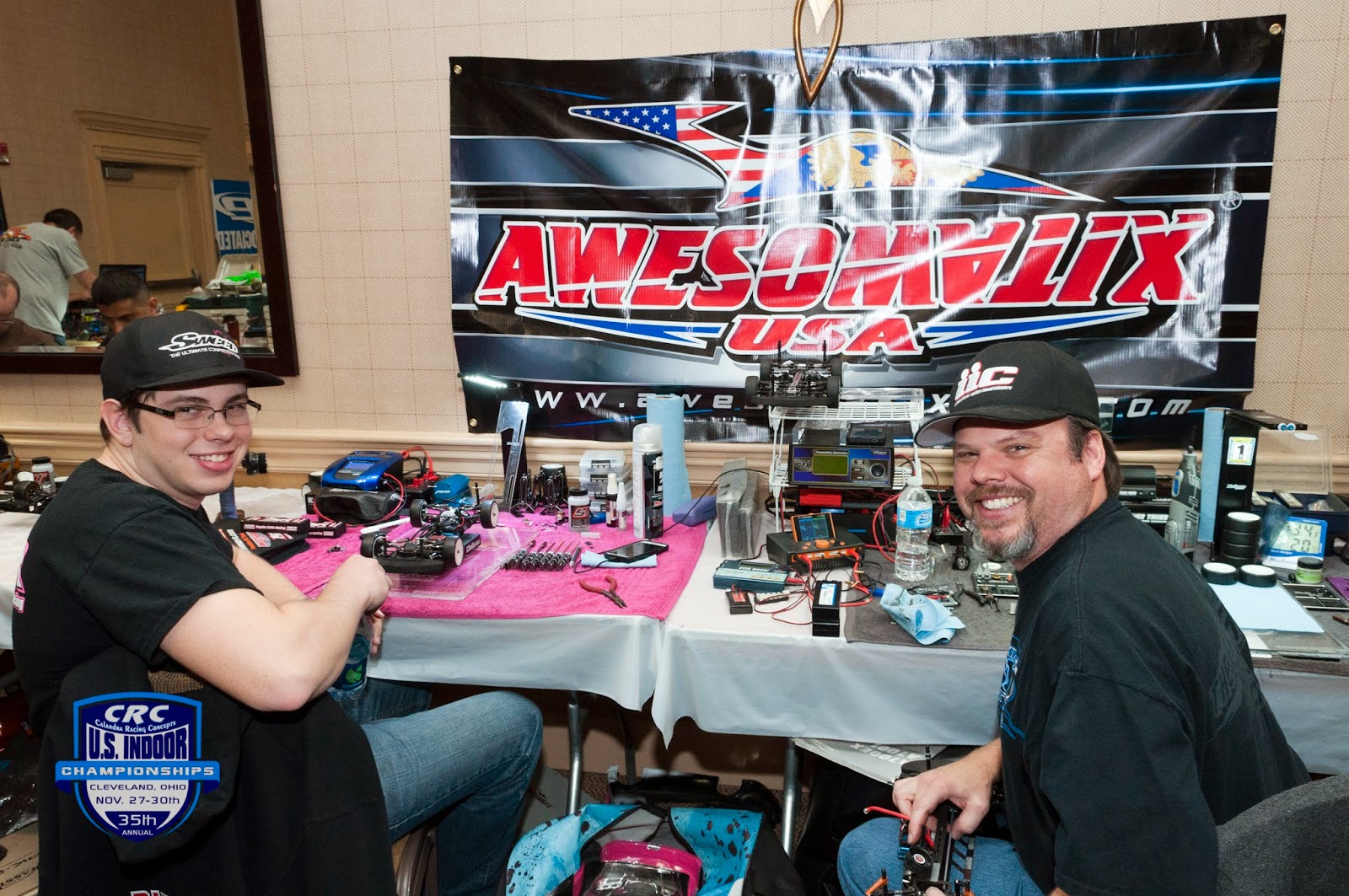 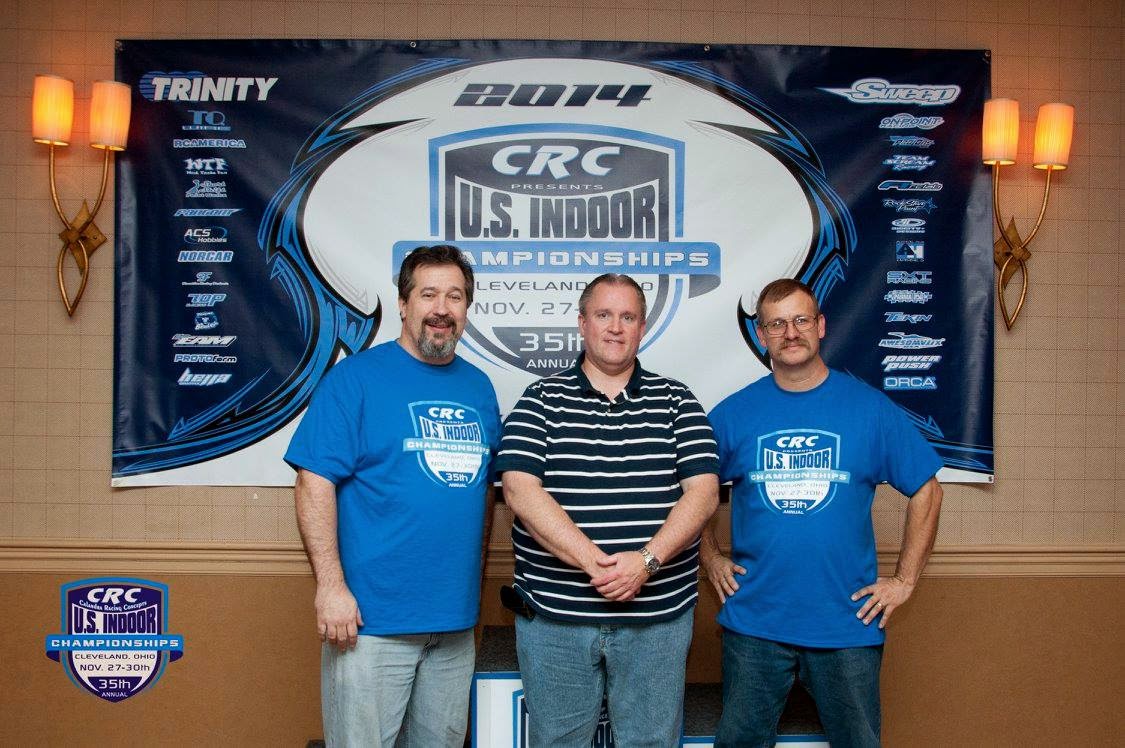