The North American carpet racing season is capped off by maybe people's favorite race, the Mile High Champs, run by everyone's friends at 5280 Raceway outside of Denver, CO. 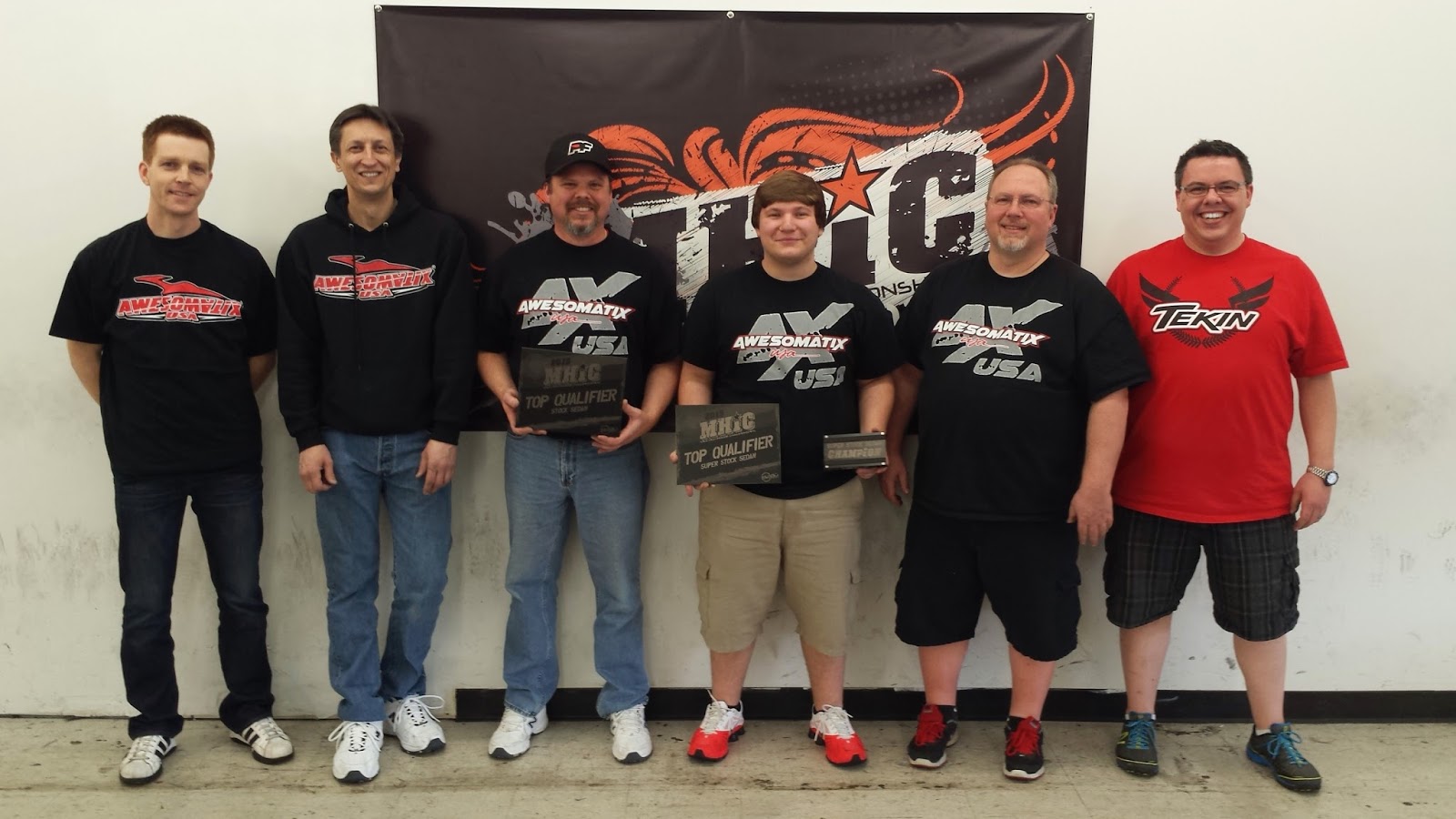 In 13.5 Touring, Kyle Klingforth was the class of the field, TQ'ing multiple rounds over Team XRay's Drew Ellis, last year's 13.5 winner.  Jake Danilchik put it in the big show during last chance qualifying.  In the main, Kyle would lead from tone to tone taking the win.  5280 local, Syndr0me, would finish in the runner up spot and Cory Parsons would finish off the top 3. 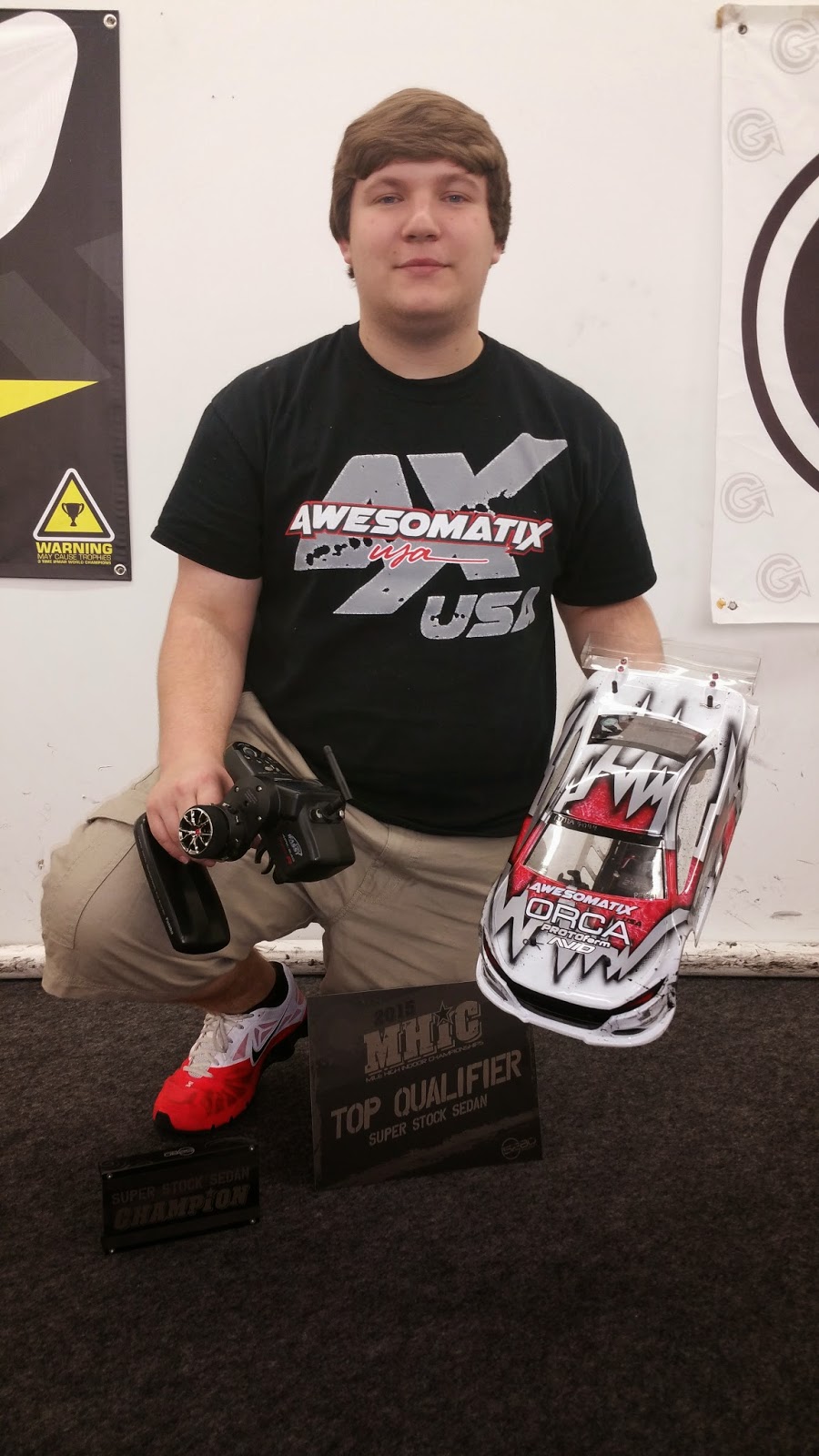 This year, Team Awesomatix USA was out in force running big boy classes, leaving one lone soldier, Bill Sydor to attempt to defend the team's 17.5 victory from last year.  Bill would go on to repeat his TQ for the class performing his fastest run in round 2.  In the main, Bill would lead from Art Scrimo until lap 10 when a series of taps started to drop bill down the running order.  Bill would recover to finish 3rd, behind Cory Parsons who took the win and Sydr0me scoring his second 2nd place finish of the day. 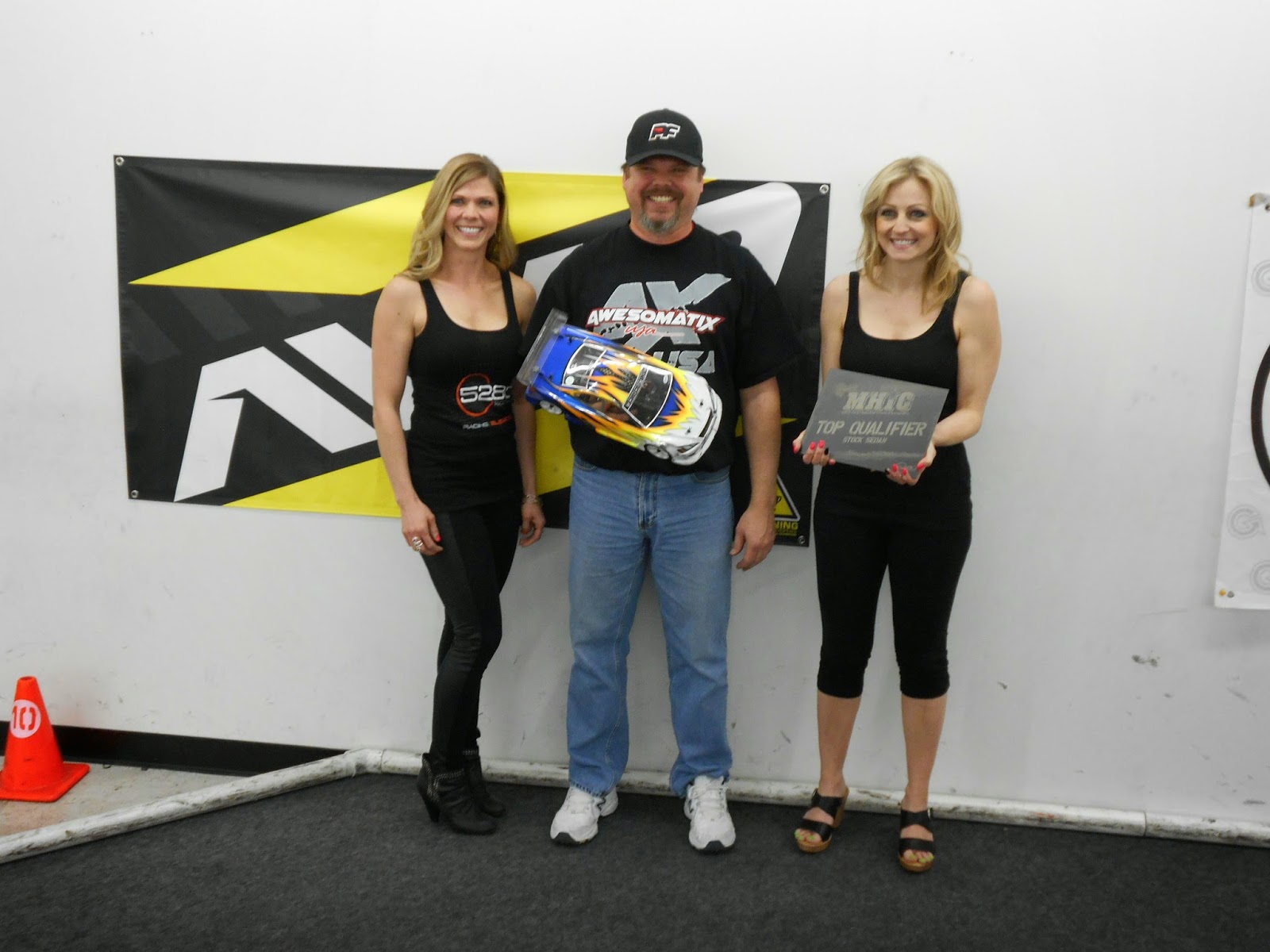 In Modified Touring, Kyle Klingforth would challenge XRay's Paul Lemeuix and Associated's Keven Hebert for overall TQ round over round.  In the final round of qualifying, Blake Bell grabbed the last position in the A-main to join Kyle starting 3rd.  The A-main win went to Paul, followed by Keven and Ralph Burch.

Posted by Awesomatix USA at 7:51 AM